Lippes showed many wearable separates with a theme revolving around the idea of flight. 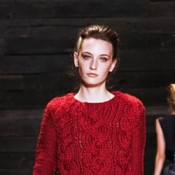 Lippes showed many wearable separates with a theme revolving around the idea of flight. Models in the show appeared as if they were dressed in pure parachute material. Some skirts were even constructed to resemble clouds, and one look was very vintage daredevil aviator-looking, giving the whole collection an Amelia Earhart quality. 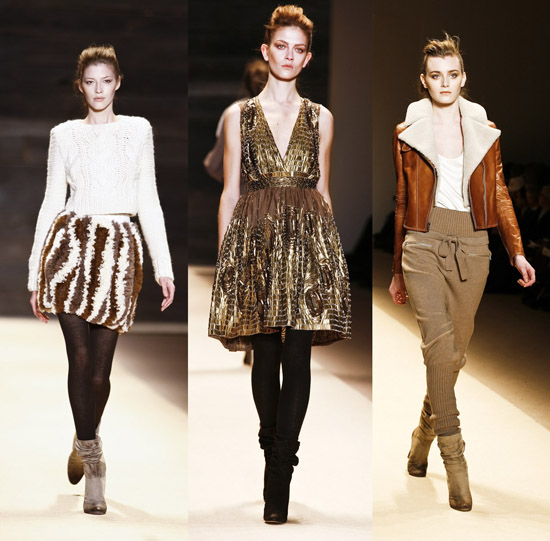 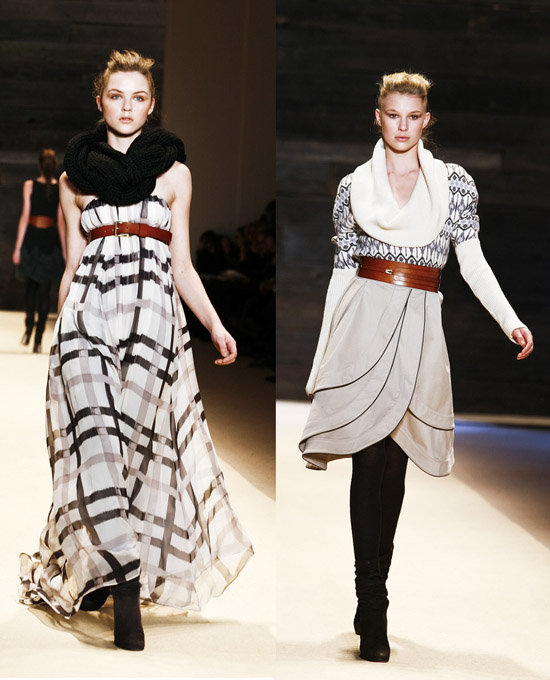 Highlights of the show included aviator-inspired shearling utility jackets, the parachute-esque folds of chiffon in red, white, and plaid, as well as a long ivory tent dress which was beautifully paired with a gilded vest. 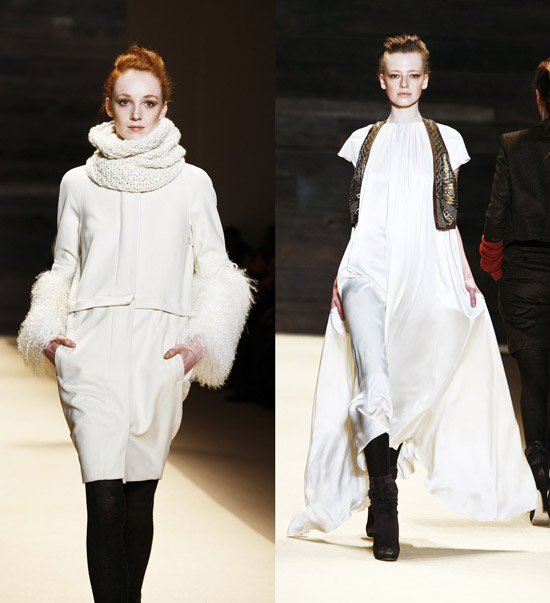 Overall, this collection had a refreshing, free, and easy look which successfully conveyed the ideas of flight, freedom, and movement. 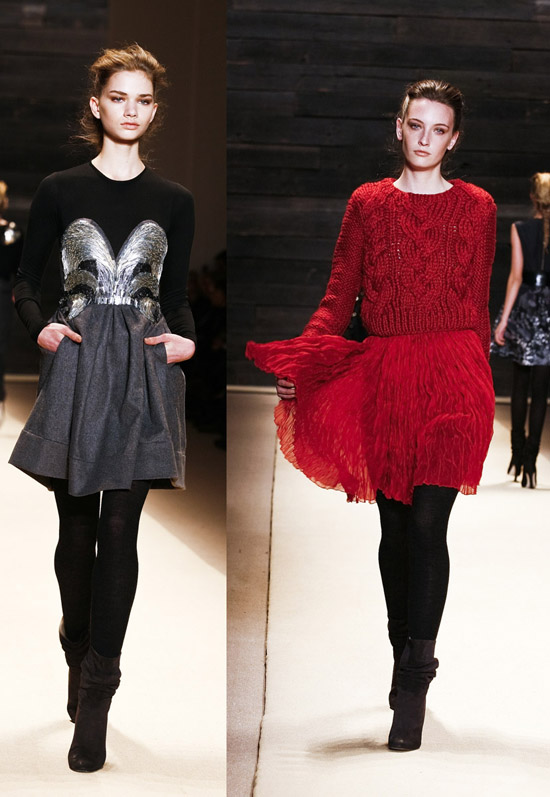