A runway full of gorgeous gowns and sexy separates. Mr. Miele works a design concept as well as any designer in fashion today. 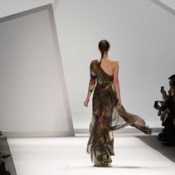 What’s the winter like in Rio? Some fashion designers from tropical climes often have a difficult time understanding a fall-winter wardrobe. The technical demands of garments for Boston Common in late January must seem very alien at first to a son of a sun drenched country like Brazil. However, Carlos Miele has been showing internationally for ten years and lives in the Chelsea neighborhood in New York City, so he now completely comprehends the way to keep a brittle Battery Park breeze from getting in the way of the joy of wearing his his glamorous gowns. And Mr. Miele does understand that most of his red carpet stunners are only out of the limo for a few seconds before they glide into an A-list party while a wall of flashes fire in any event. To be sure there were nods to the inhospitable nature of a serious winter in his fall 2011 collection, but overall it was classic Carlos Miele, as a runway full of gorgeous gowns and sexy separates.

Mr. Miele works a design concept as well as any designer in fashion today. This season that element was the usually mundane knot. Whether as an adornment or as an integral part of construction, the knot in nautical and Celtic styles was present in many of the brightly colored gowns. Beautiful bronzes, mixed with reds, blues, blacks and whites in a pleasing mix of a volume and structure. On many of his pieces gathers, ruching and short draping were combined with Mr. Miele’s love of length and flow to create balanced looks. Carlos Miele has never gotten his due in regards to his cutting skills, but this season’s separates should go a long way towards changing that. His short jackets and beautiful pants were done with a perfect amount of volume and stricture. As he moves into his second decade, Carlos Miele’s growing body of work stands him in great stead. He knows his client, he knows his craft, and appears to be in a comfortable groove which should result in even better work ahead. 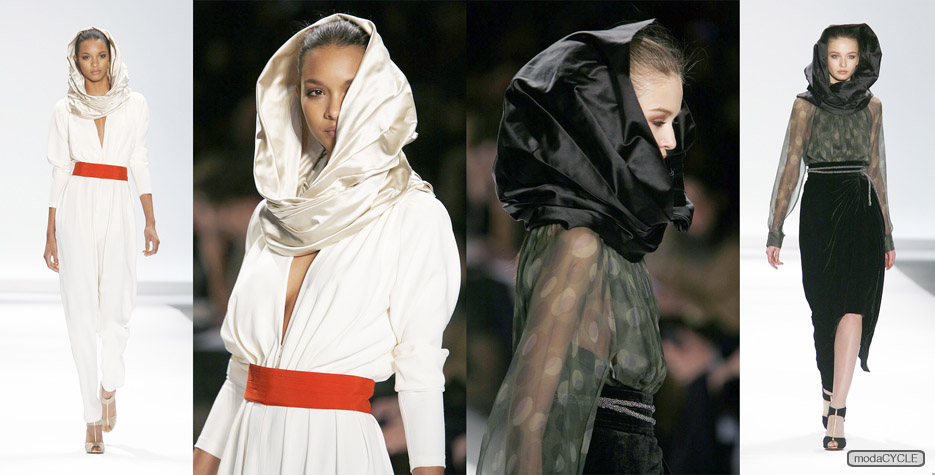 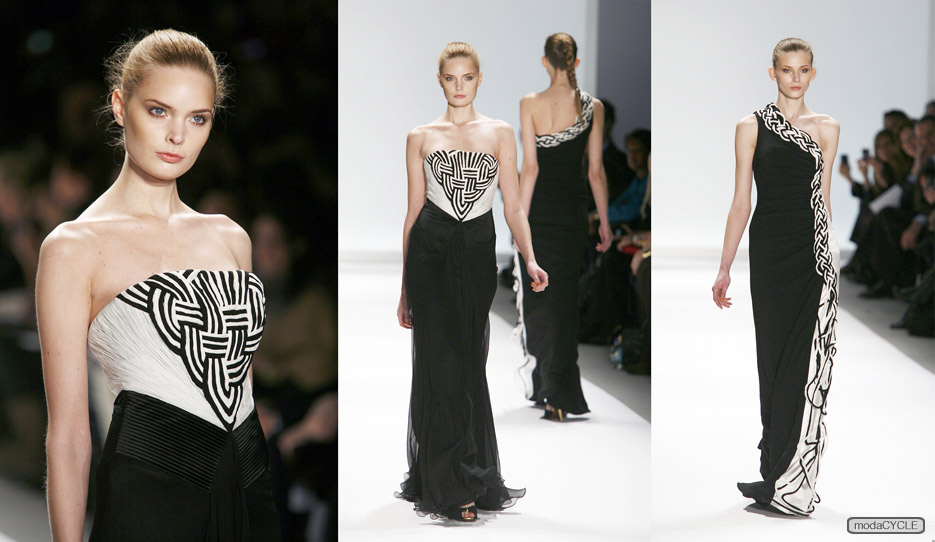 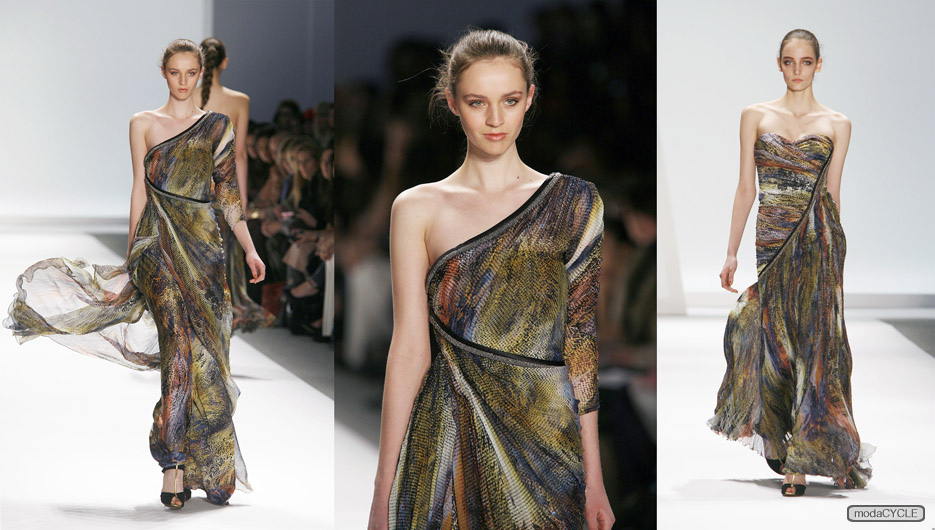 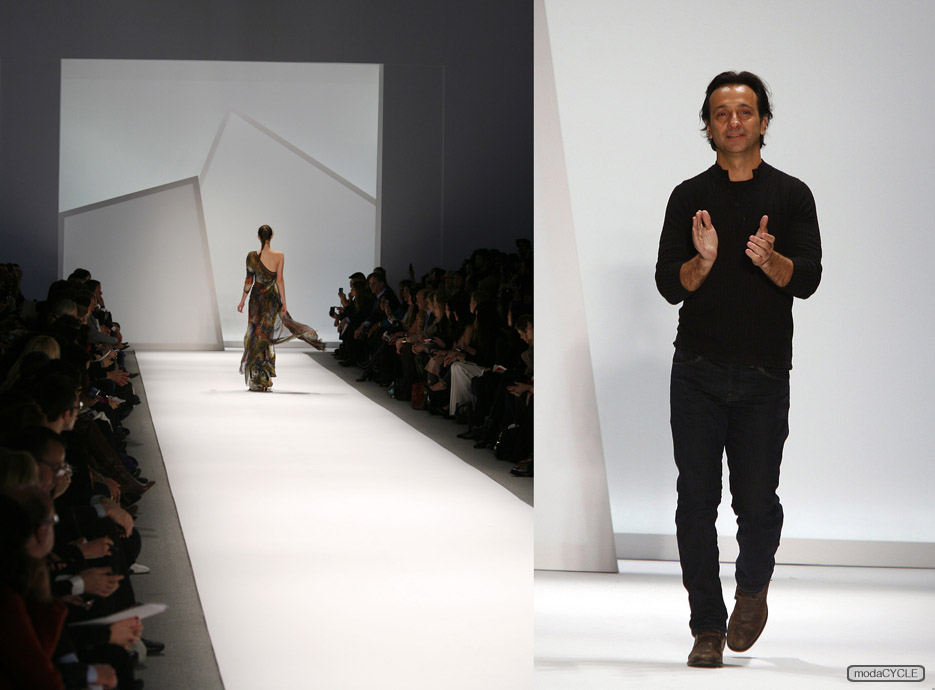