On your next night out if you’re going to leave an impression regardless by what you choose to wear, wouldn’t it be lovely to be a bird of paradise as created by the talented new designer Jen Kao? 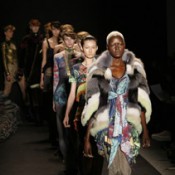 All fashion is costume. Even if you try to not make a statement and put no directed thought into what you wear, you’ll end up expressing something about yourself. Call it compulsive communication, it just goes with being human. Of course it goes without saying that you ought to put thought into what you communicate through your clothes, even if it is only to convey something like professionalism. Designers think about what they want you to wear, and great designers think a great deal and give you an array every season with which to make powerful statements. Jen Kao’s Fall 2011 collection gives you the ability to speak volumes. From the orange and yellow glowing faux lava that lined the upstage runway, to her lush dreamscape palette of golds, purples, reds, and blues, the color drenched show cast quite the spell over the packed studio at Lincoln Center.

Ms. Kao is a rising young star in the New York City fashion scene, and her season-to-season progression has been quite rapid. Her increasing complexity and willingness to experiment serves her well for the most part. To be sure there were just a few pieces that had sections that felt just the slightest bit overly intricate. But in general viewing, the collection was akin to watching bright tropical birds playing against an intoxicating dusky equatorial sky.

Ms. Kao was particularly sharp this season with her cocktail dresses. The fringe carried forward the best of 1920s style, but when mixed with her colors it created something entirely new. Her curled and angled cuts on tops were also intriguing and added a delightful level of additional interest. A theme of mesh and netting was also present, which added a heightened sense of the organic. This was in many ways a very natural collection. A strong feeling of being in nature permeated the clothes and the models appeared altered into denizens of a deep jungle. On your next night out if you’re going to leave an impression regardless by what you choose to wear, wouldn’t it be lovely to be a bird of paradise as created by the talented new designer Jen Kao? 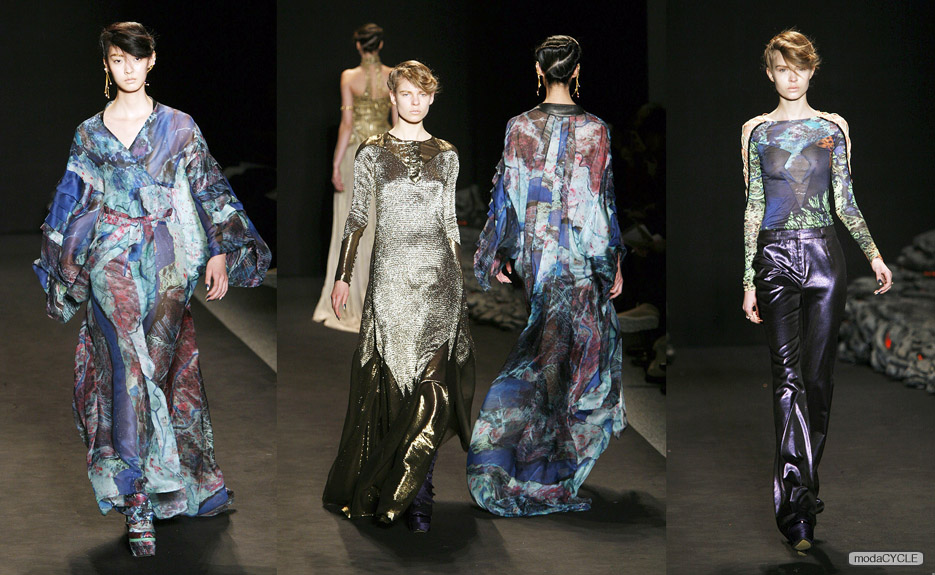 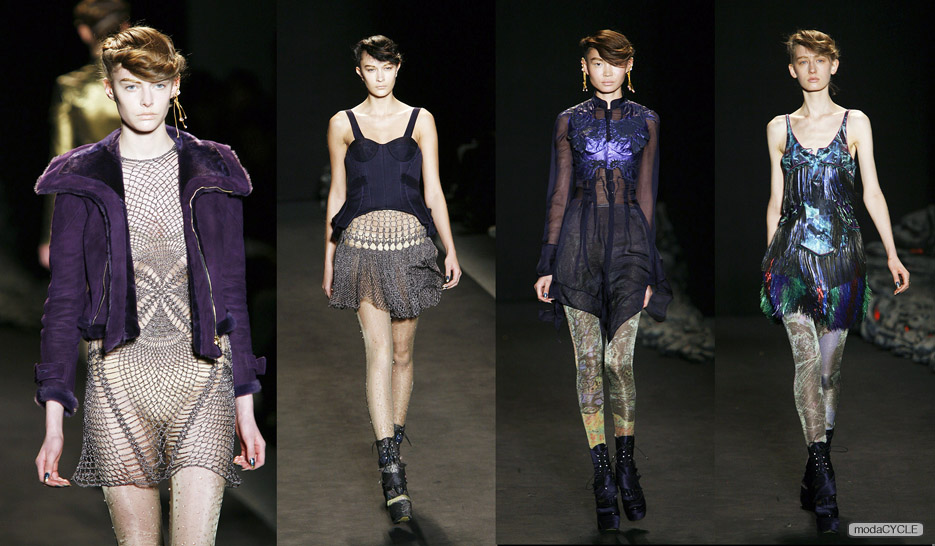 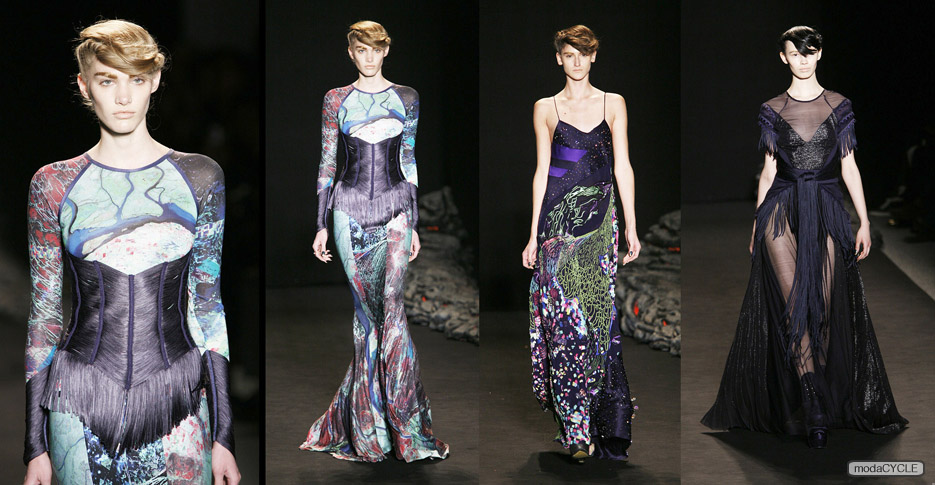 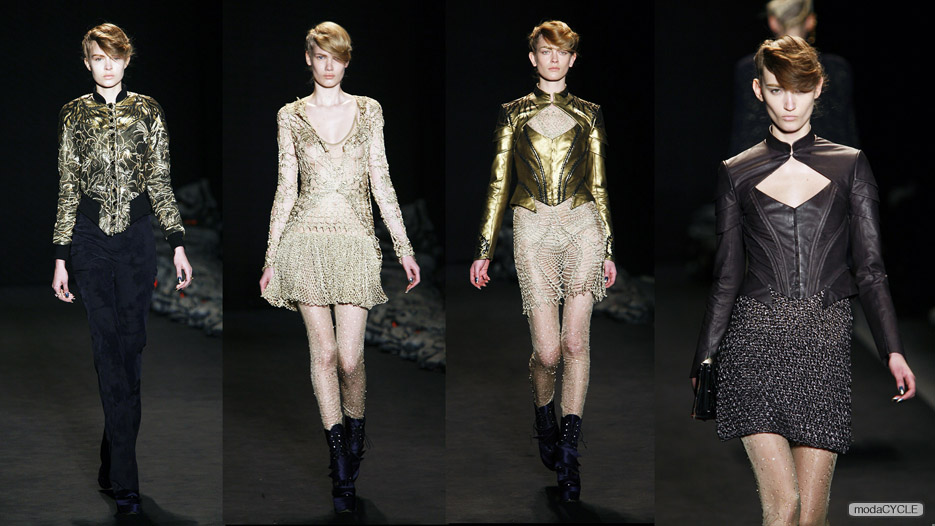