Jonathan Simkhai’s Fall 2011 collection was a solid step forward in cementing his identity as the premier New York designer whose specialty is masculine tailoring. 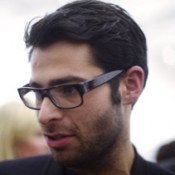 Jonathan Simkhai’s Fall 2011 collection was a solid step forward in cementing his identity as the premier New York designer whose specialty is masculine tailoring.

The entire collection took Mr. Simkhai’s favorite idea and gave it greater strength and a great deal more refinement. There was an effortless to the mixing of feminine shapes with traditionally masculine elements such as dress collars, v-neck cardigans, button down shirts and tapered cut trousers. There were also this season some explicitly feminine pieces that served nicely as a rebuttal to the question hanging in the air of, “is this the only thing that you do?”

That question is actually a bit silly because there is nothing wrong with doing one thing very well. It’s a truth in the arts that it’s possible to become a millionaire and be wildly successful year after year but be considered boring or simplistic by the press. For some odd reason we do not celebrate those that know their audience and many can not tell the difference between a signature style or look and dry repetition. In fashion the distinction between the negative and positive is in the refinement of the look and in the willingness to creatively experiment within your taste.

In this collection, Mr. Simkhai used imagination in his detailing, a v-cut out on a stand out pair of red and black pants, a just different enough double buckle skirt with flat pleats that were tightly controlled and pushed outward. It was in those thought-out touches that he moved his concept forward and kept it from being stale. Johnathan Simkhai certainly showed this season that he’s much more of a solid race horse than a one trick pony. 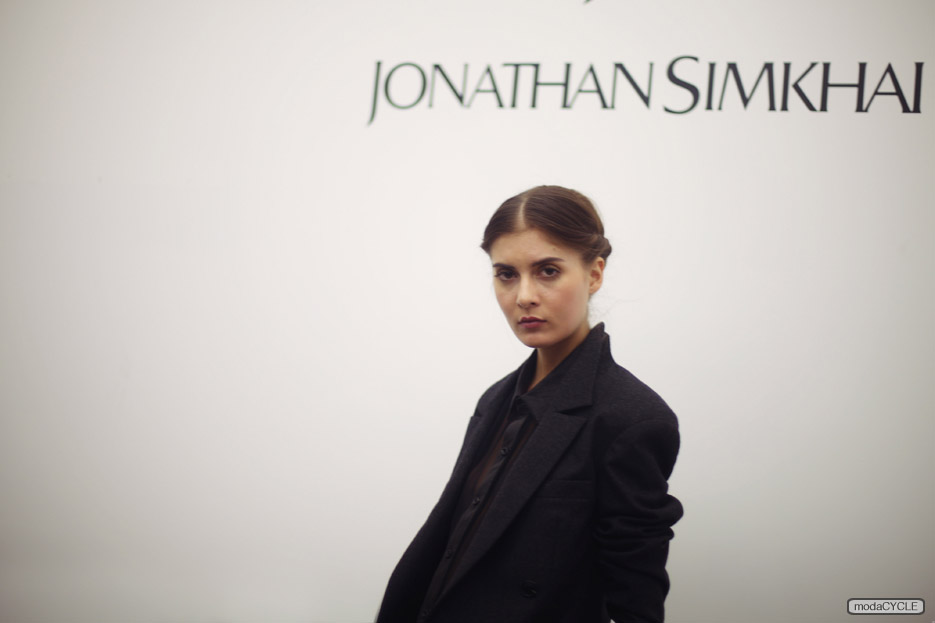 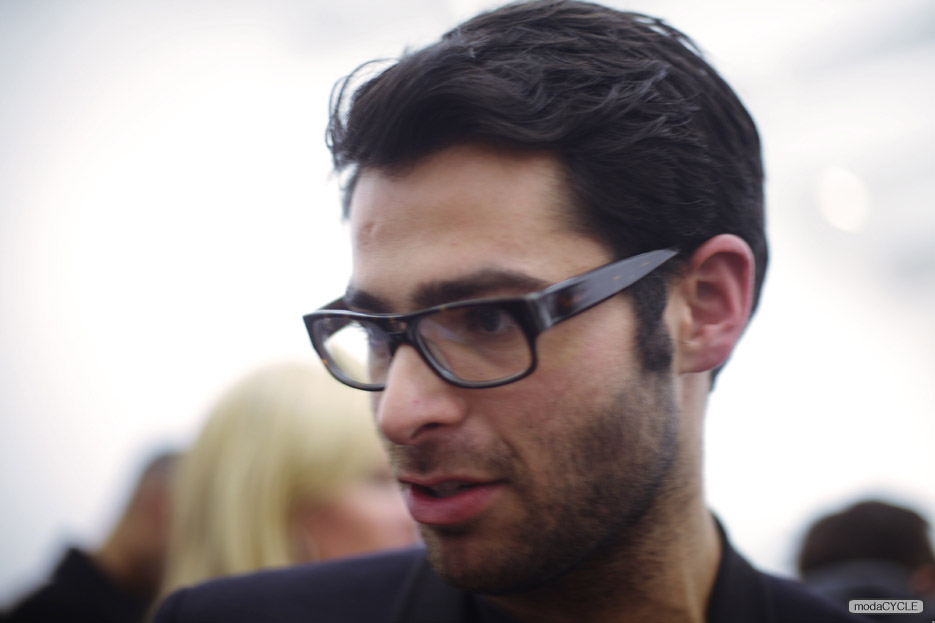 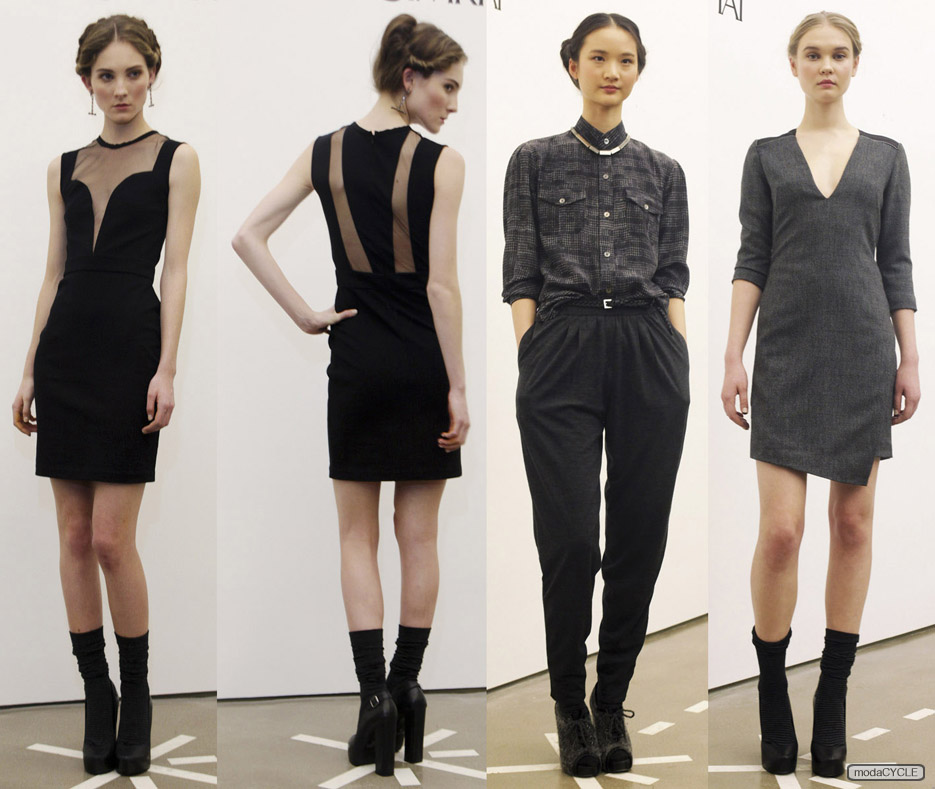 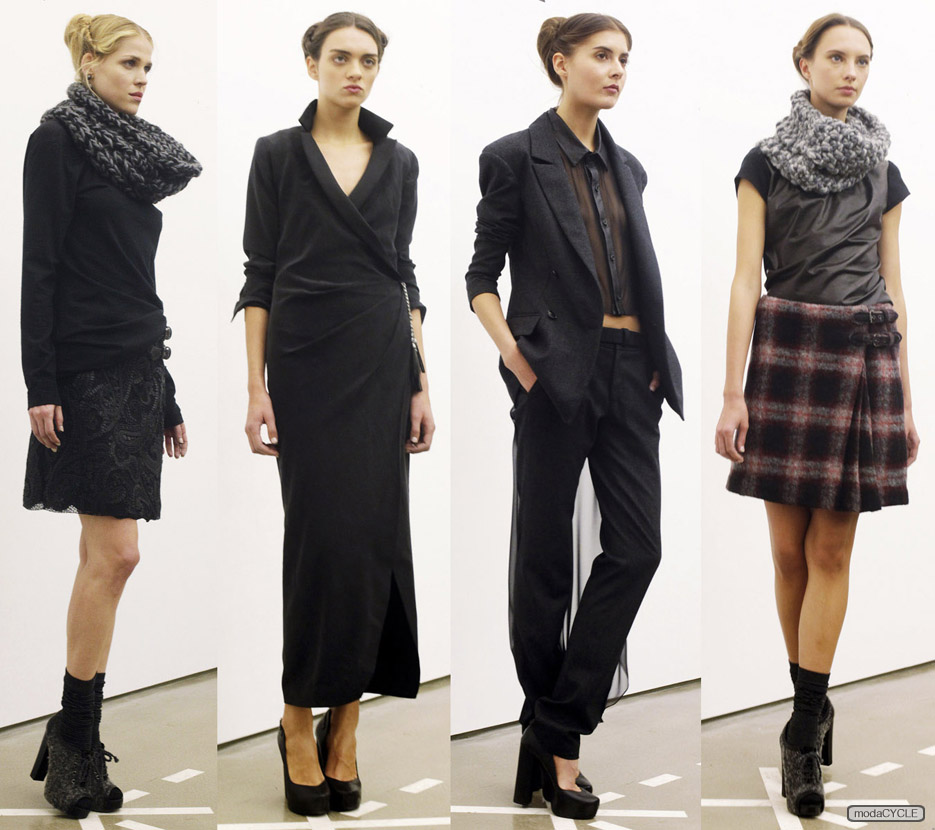 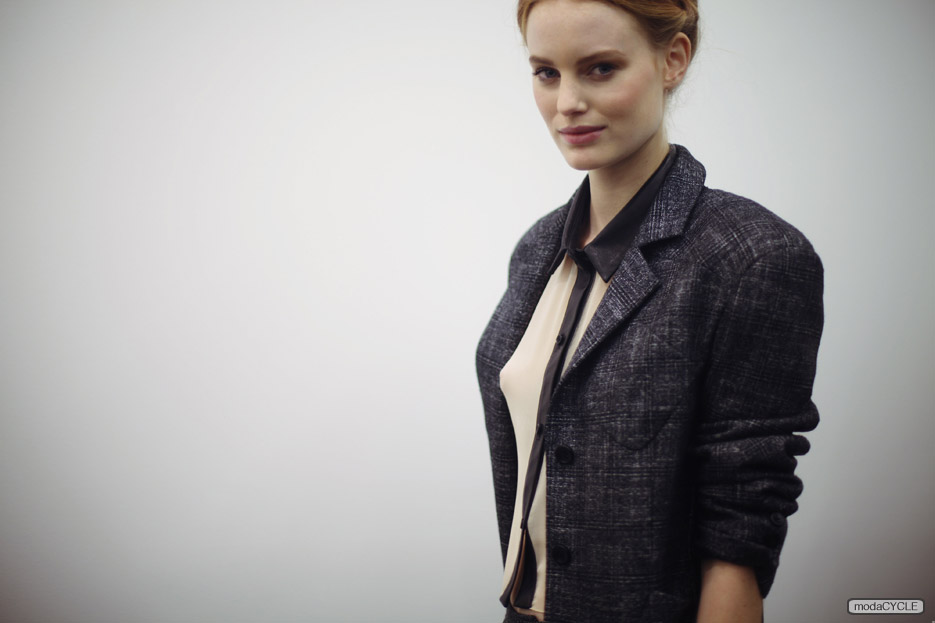 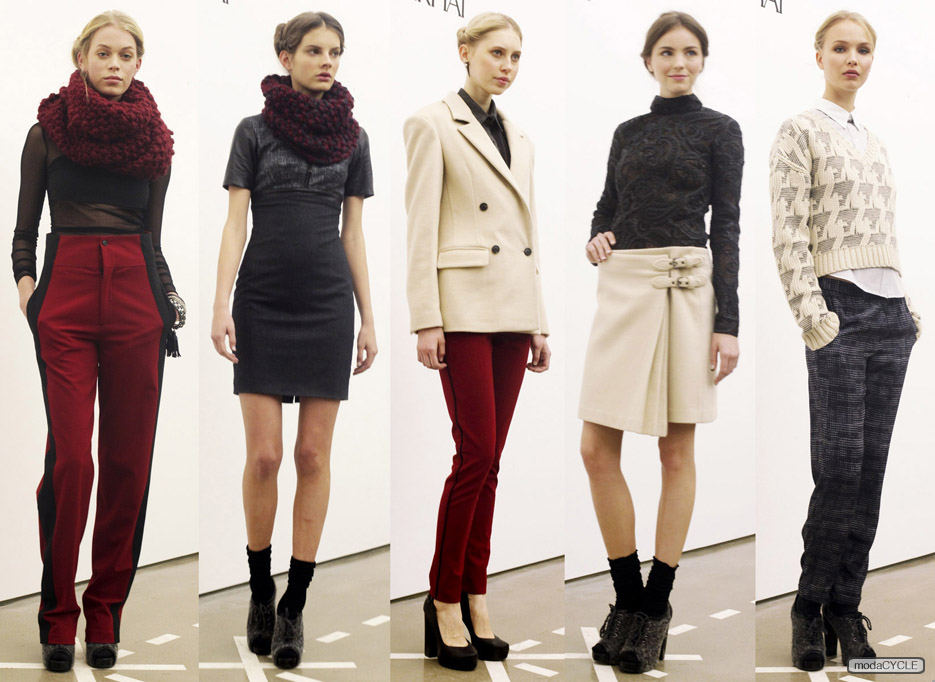 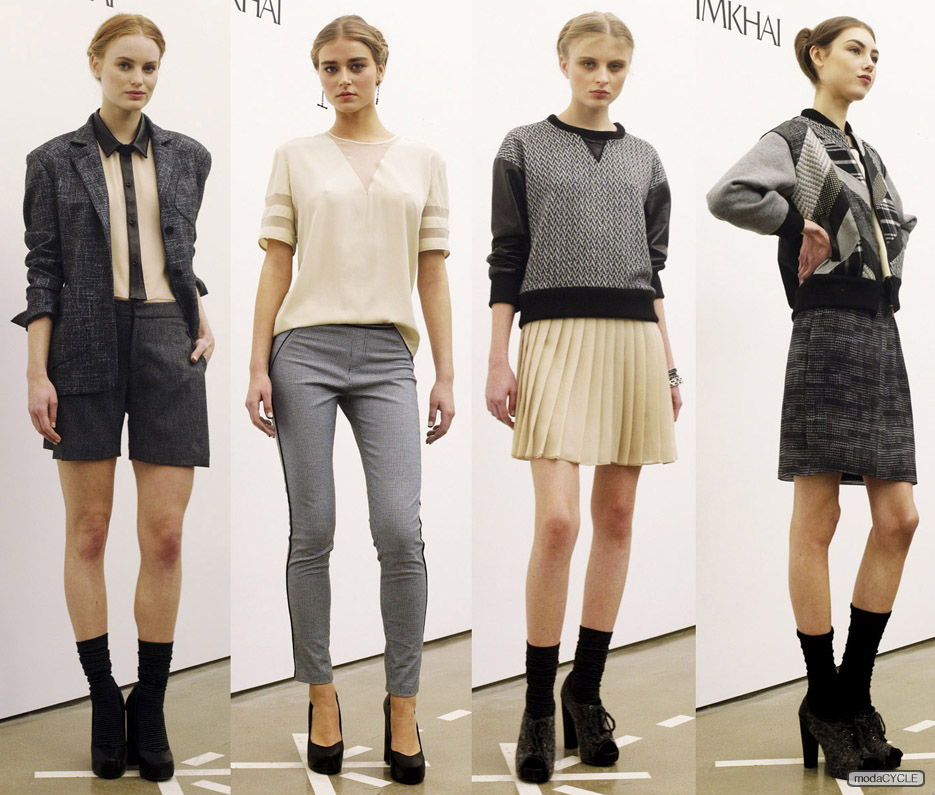 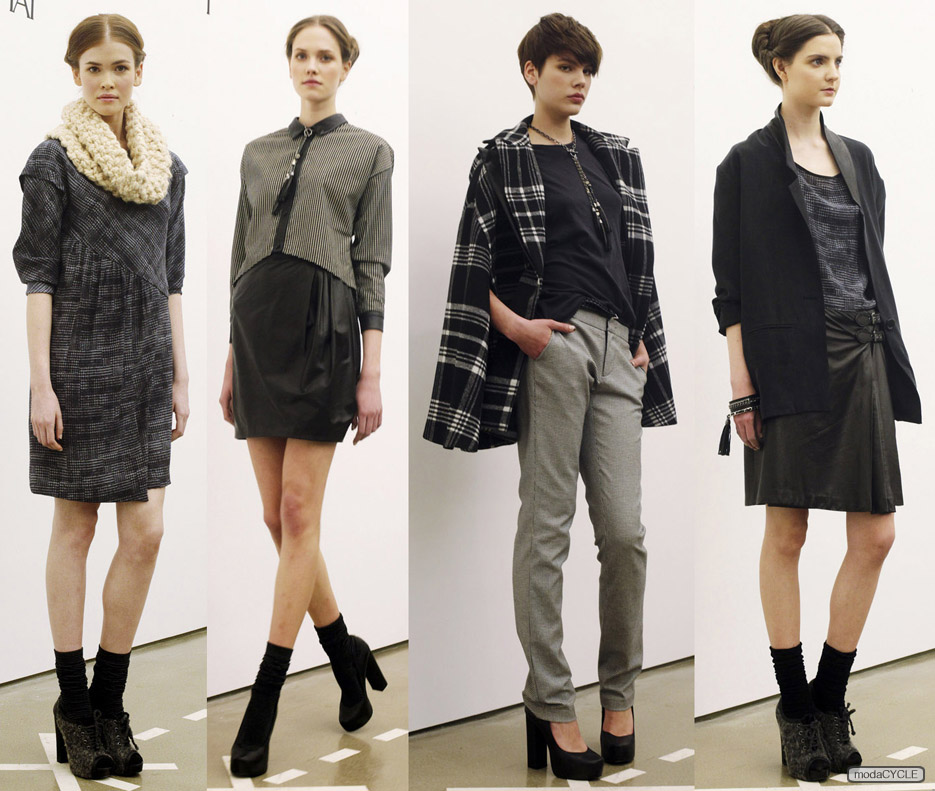 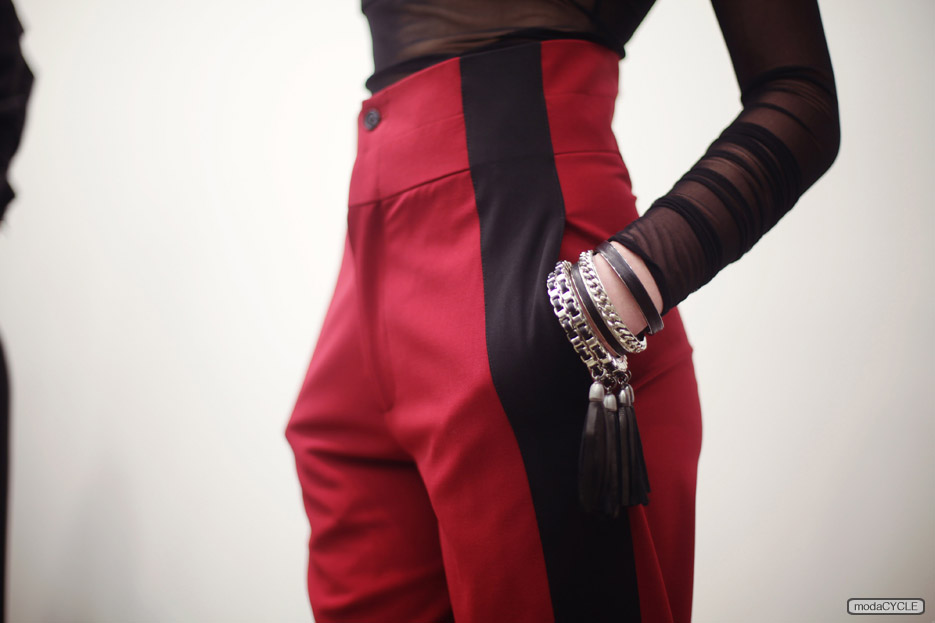 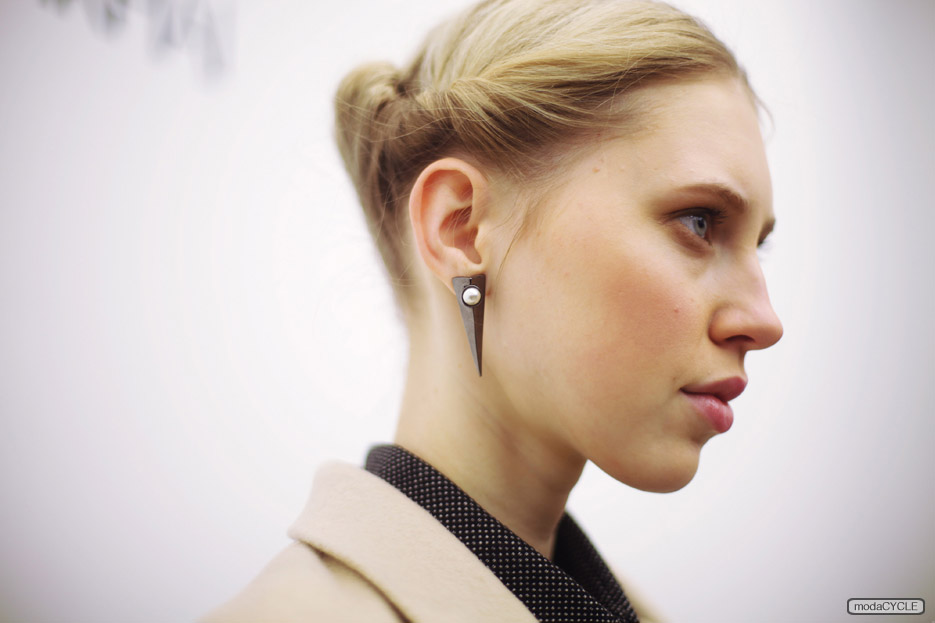 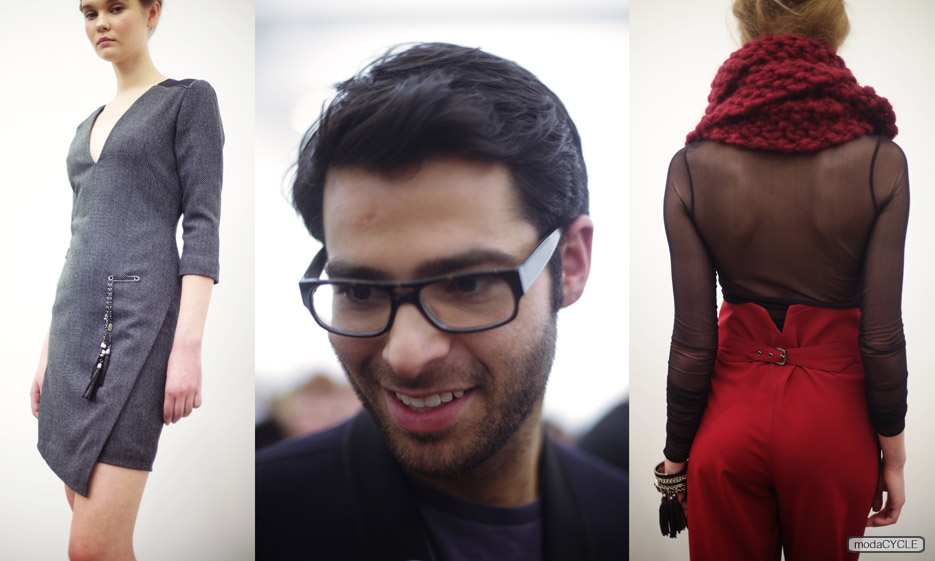