Berlin Fashion Week is only a few seasons old, and the industry there is still finding its global voice and international footing. Each year they seem to get better, but the first day of presentations for the Spring-Summer 2010 collections proved very disheartening for those of us hoping this will be the season where Berlin became relevant in the global fashion scene.

Argentinian top label Ramírez, from award winning designer Pablo Ramírez, showed in tandem with the South African Black Coffee brand, designed by Jacques van der Watt and Daniça Lepen. There has been a lot of PR buzz about this show, but on the day there was no delivery the spin damagers could doctor. Lots of media attention had been swirling, pushing a message of how great a show it would be, but we just didn’t see anything remarkable come down the runway from either party. There seems to have been more work put into the publicity than was spent in delivering a unique and interesting new collections. 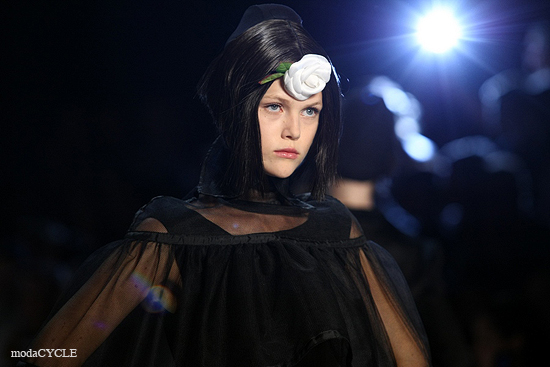 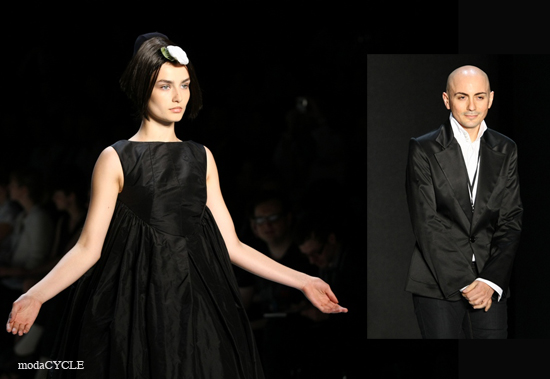 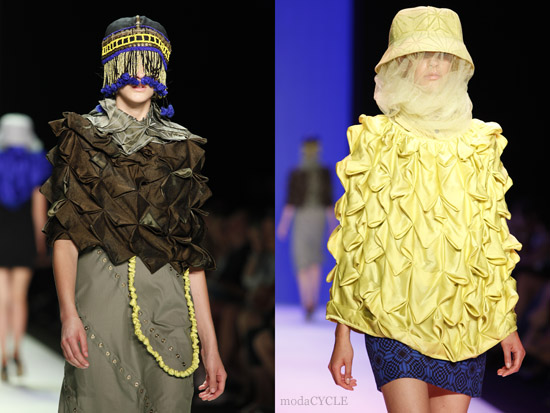 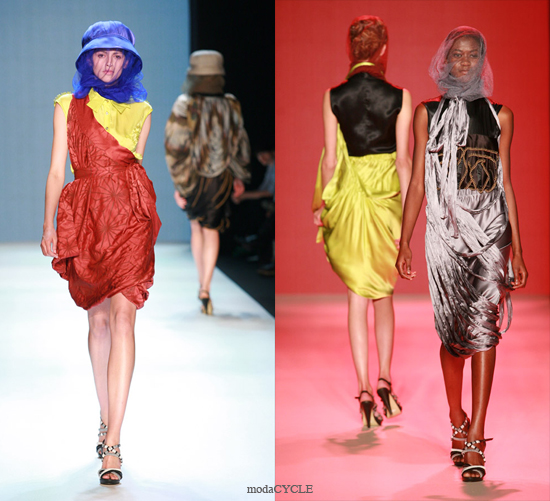 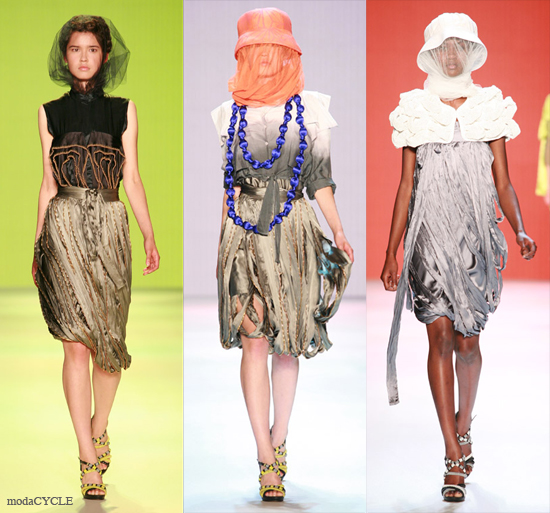 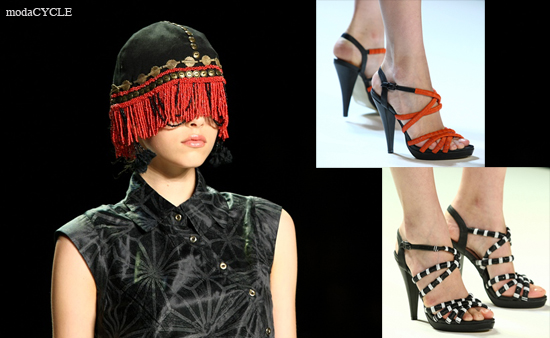 Patrick Mohr’s show was just a freak show, and not in the lovable Heatherette way. It seems clear, winning several fashion awards might be a sign of someone who is creative, but it is not a guarantee that you will see great  fashion in their future shows. What came down the runway looked like dirty dwarfs parading out of a dungeon. The deep slow music and ridiculously slow pace at which the models walked probably would have been interesting in a theater as a modern dance performance, but it added nothing to the presentation of the drab and inherently tired-looking garments. The show itself was visually entertaining, but aside from a few pairs of shoes the individual garments fell far short. Wasn’t the Bauhaus School founded in Germany? When did German designers forget that form should follow function? Who on earth will buy and wear this stuff? 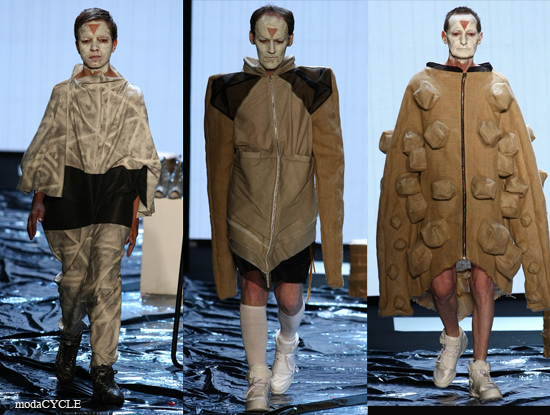 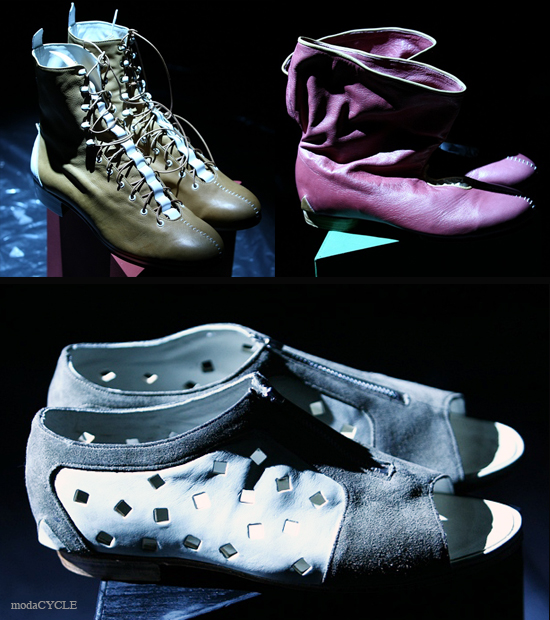 The last show we covered on the first day was the UdK student show, 150 outfits from Universität der Künste’s young designers. Some competent work, but no wow factor. No student revolution today, unfortunately. 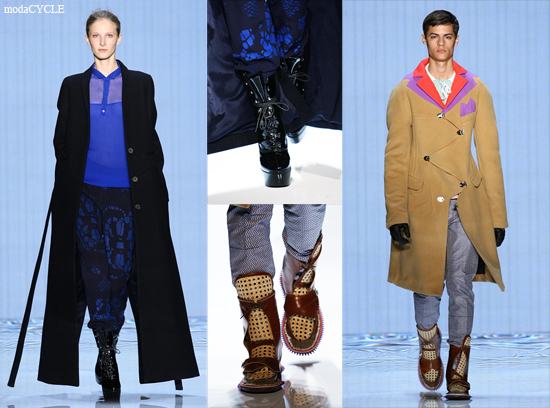 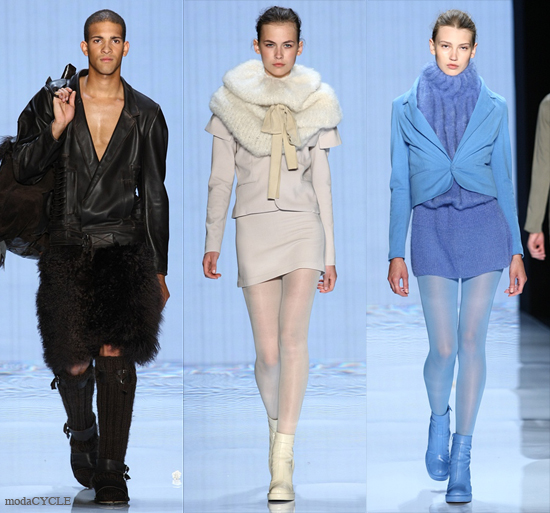 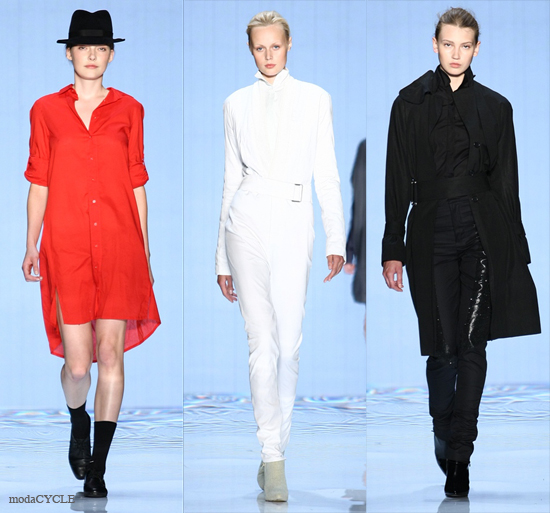 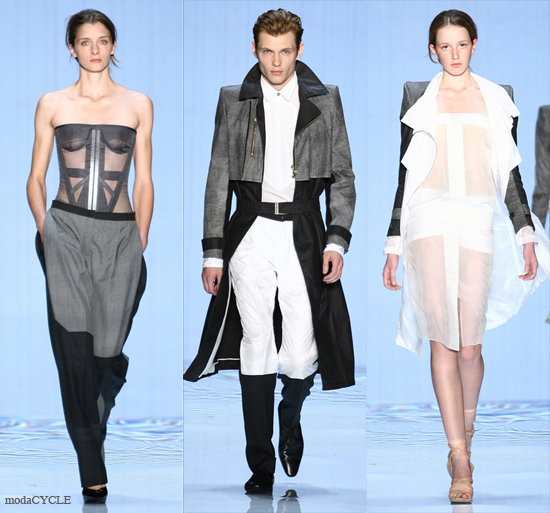 Ultimately, the first day of Berlin Fashion Week was thoroughly disappointing from many angles. The designers seem to be playing at fashion, rather than being fashion. We can only hope it picks up at a higher level tomorrow.