What would happen if we attempted to not define art? What if we simply were with it, reacted to it, and discussed it? To describe and to resist the compulsion to define is a rather challenging concept for many. I suspect that the prospect scares the hell out of the fashion industry. Mona Kowalska of the label A Détacher is a great example of what happens when you embrace that concept in all facets of your business. 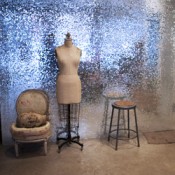 “The highest form is no form, the highest art is no art.” — Bruce Lee

What would happen if we attempted to not define art? What if we simply were with it, reacted to it, and discussed it? To describe and to resist the compulsion to define is a rather challenging concept for many. I suspect that the prospect scares the hell out of the fashion industry. Mona Kowalska of the label A Détacher is a great example of what happens when you embrace that concept in all facets of your business. From her designs to her boutique Mona has fashioned a label that is focused on each design as an entity on to itself. This has made her a hit with her clientele but not as much with most press or buyers, until very recently. There in lies a very good lesson, Mona has run a successful boutique and label through good times and bad for 12 years without much press or industry support. 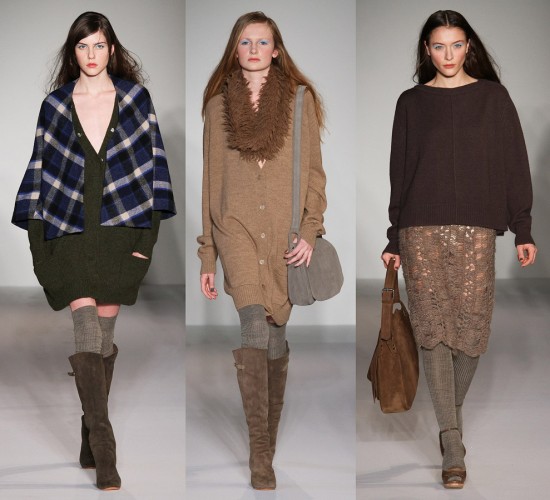 Mona Kowalska is a fearless artist, in an simple and unassuming way. She is not aggressive or confrontational but she is not shackled by anything that the fashion industry might tell her that it is or that she should be. From season to season she may appear to have wildly divergent aesthetics but rest assured they are all genuine expressions from the same woman. To paraphrase Walt Whitman, she is large she contains multitudes. The core of this concept can be found in the label’s name, A Détacher means to be detached Mona means it as an imperative, “To actually look at the garment in and of itself without the trappings of the label. To have an attachment to the object much more so than to the label.” This type of thinking can meet strong headwinds from the fashion industry, the industry in general can be very, very lazy. They tend to want everything spelled out, clearly defined and fitting into their preexisting contexts. A Détacher does not do this…in any way and on any level. The press often struggles to talk about A Détacher and one can read many different reviews of the same show or even the same piece. Mona however quietly enjoys the fact that her clothes are seen in different ways by different people, “I think that is a positive thing because it means that the clothes resonate in lots of different ways, everyone finds a meaningfulness in it and that means I’ve done my job.

It’s a sad commentary that a designer simply being true to herself is an act of resistance or perhaps even outright rebellion. Particularly so because as is so often the case there is not a sliver of such intention by the artist. The role of unintended iconoclast shows up in Mona’s goals as well as in her art. Many people in the fashion industry are confused by someone like Mona who doesn’t want to be the next big thing. “I like having a small business, I have just accepted that about myself, I used to think “I feel bad I don’t want all of these things that other people want, but you know, no I don’t want them.” She does recognize that not easily fitting in has caused her a few problems, but she shakes them off fairly easily. “I think that from a sales point of view there isn’t a quick thing that you can say. Whenever we’ve given the collection to a showroom it’s been a disaster.” Again though since Mona’s goals are not the same as many in the industry her perspective eliminates the issue, “For the person who shops in here that isn’t a problem but sometimes with stores it’s a problem but here we don’t live that as a problem.”

What drives Mona forward and what keeps her on track is her focus on what she is always attempting to achieve with her art. “The most important thing is always how something feels and how it makes you feel.” A perfect example of this is that Mona likes to make her clients feel sexy, but not in the way that the fashion industry defines it, “People are always surprised that I’m sexy, it’s clothes that should not be sexy and yet somehow they are sexy, so people say it in spite of themselves.” There is a direct link here to the mature, confident woman that Mona feels a sisterhood for, “There’s lots of women who are sexy and they think they’re sexy, but there’s this discomfort because they are not sexy like ‘that’. So I think that’s where we come in. It [our clothes] allows for revelation which is a nice aspect.”

Mona Kowalska and A Détacher have finally gotten some recent recognition with their Fall 2010 collection. Very often when a designer and her label begin to breakthrough they will be set upon by people who tell them what they must do. To my knowledge none have descended on Mona and I suspect that they will not. The reason is simple Mona is a strong woman with a mature artist’s sense and great personal strength and comfort in who she is and what she wants. Such attempts to dissuade or influence her would be folly; you see she’s already exactly where she wants to be. In the modern speech, “she’s good”, and yes, yes she is she’s very good.