It was very apparent from the show notes that the Guli Spring 2011 collection was designed in many ways to be an apparel ambassador for Uzbek culture.

The Material is The Message

Gulnara Karimova is a known figure on the world stage but an unknown quantity as a fashion designer. Her Guli brand is making its first appearance at Mercedes-Benz Fashion Week in New York after only three shows total worldwide. It was very apparent from the show notes that the Guli Spring 2011 collection was designed in many ways to be an apparel ambassador for Uzbek culture. The brand explained in detail the history of Uzbek textiles, subtle regional differences, and the techniques used to create them. The detailed explanation of Uzbek weaving whetted my appetite for the collection to come (I admit to “geeking out” reading about their variations on weft and warp). 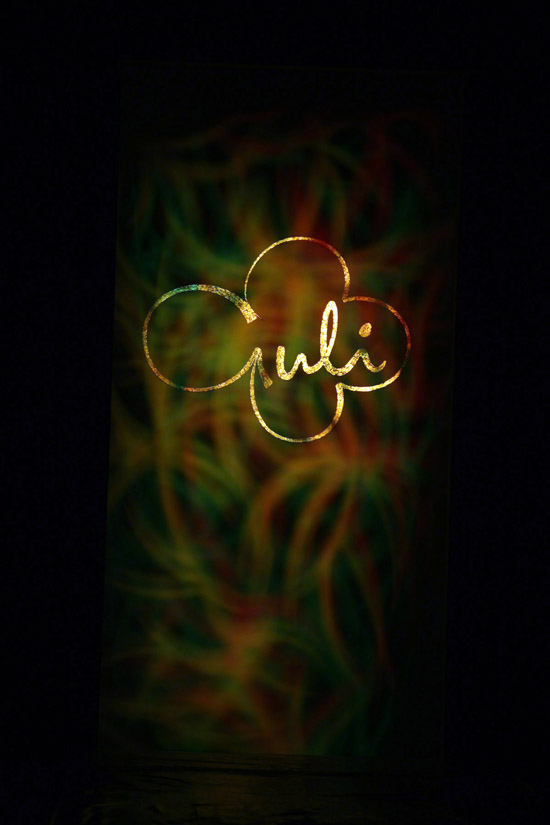 Ms. Karimova’s collection was bright in spots. A gorgeous fan wrap pleated dress was dazzling in cut and shimmering fabric. The woven details were every bit as good as advertised and there was a raw nature to many of the textiles that spoke to the tradition of Uzbek dress in an intriguing way. The Guli pants for both men and women were cut very well doing all the things to the body that well cut trousers do without inhibiting movement in the slightest. The color palette was also exemplary and unique as is often the case when you see the colors of a culture for the very first time. The show dragged in the middle as a parade of drab long kaftan-like pieces trod one after another down the runway. Ms. Karimova’s deep desire to be complete in showcasing the fashions of her homeland may have detracted at times, but that is understandable. The idea of mining the rich aesthetic of her culture for her creations is a good one, it just needs a little editing. It will be very interesting to see how Ms. Karimova reacts to press and buyer critiques with her fall winter offerings. 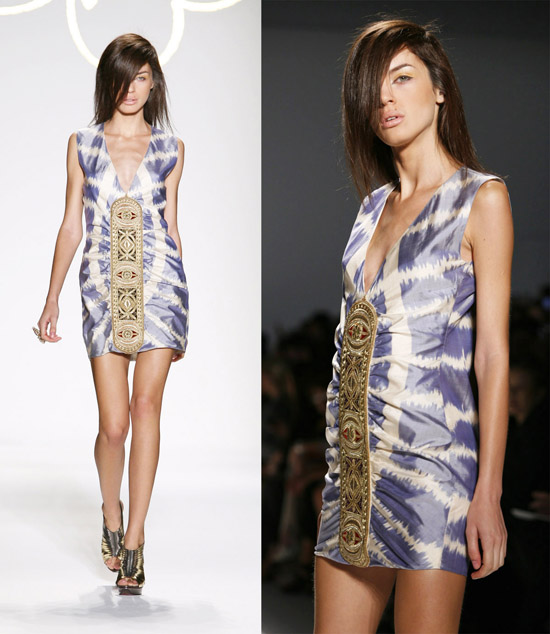 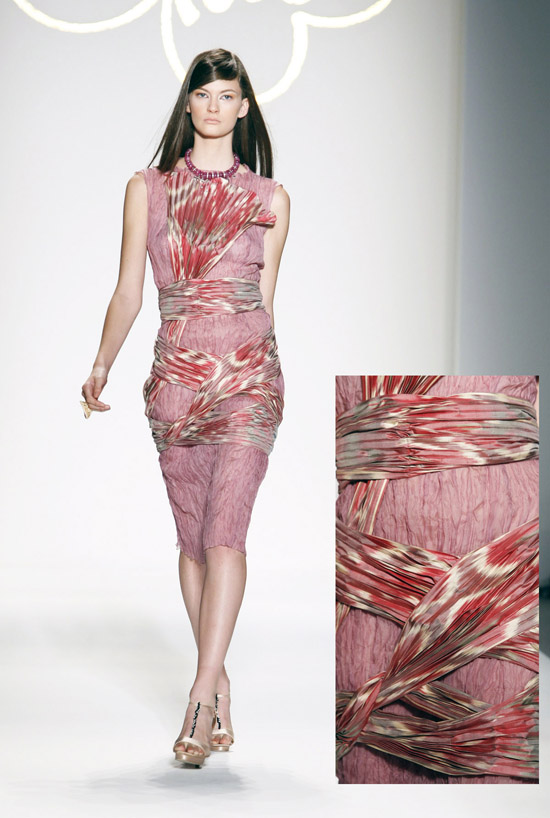 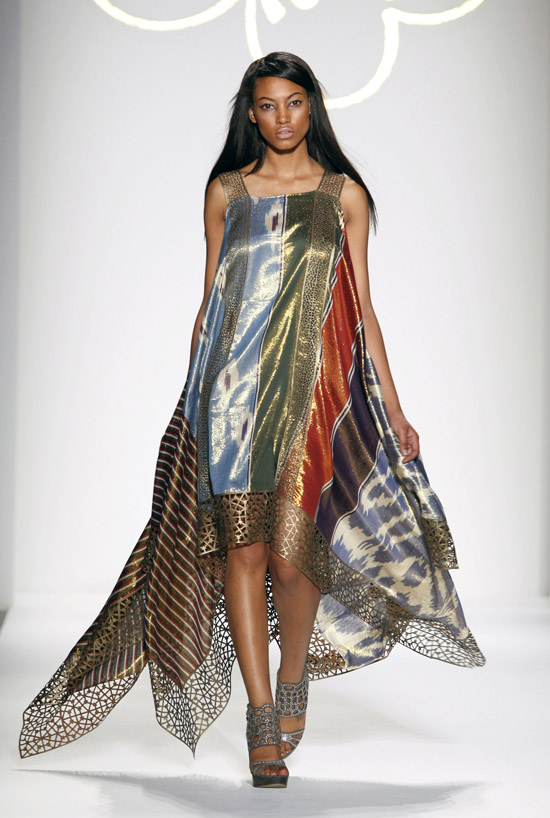 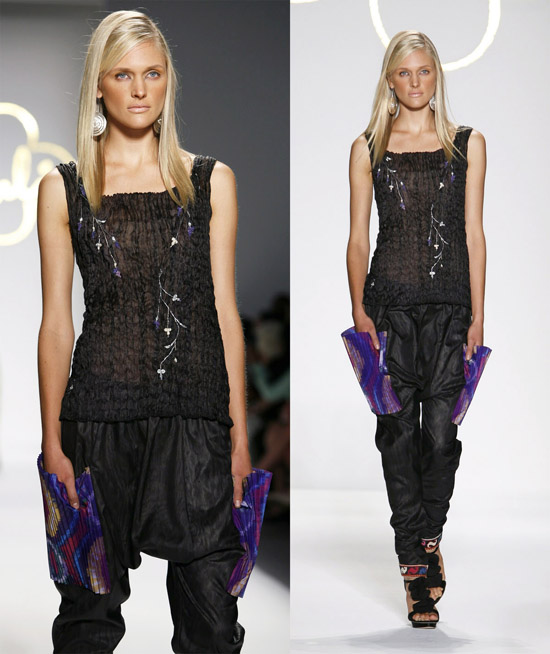 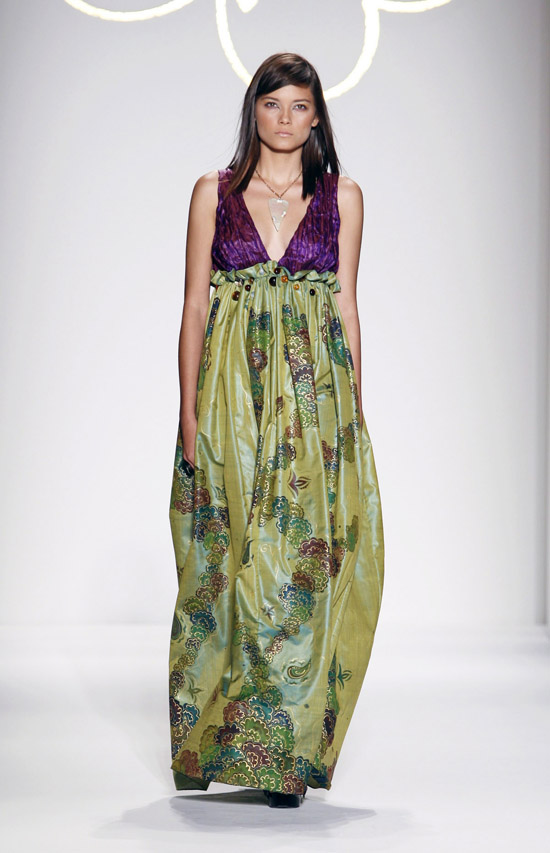 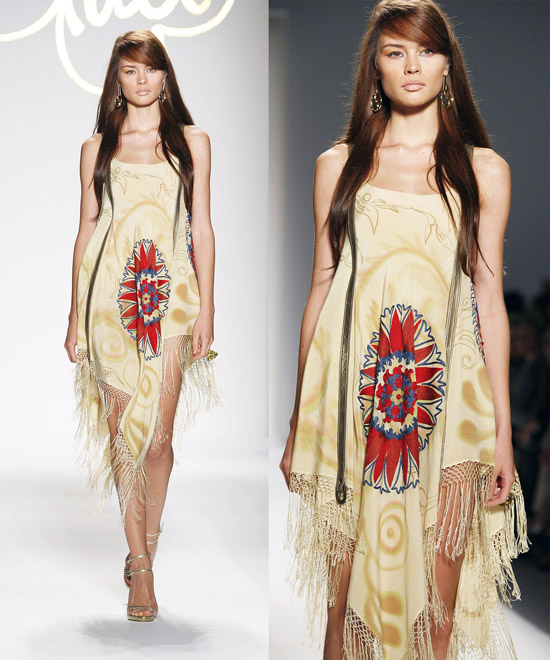 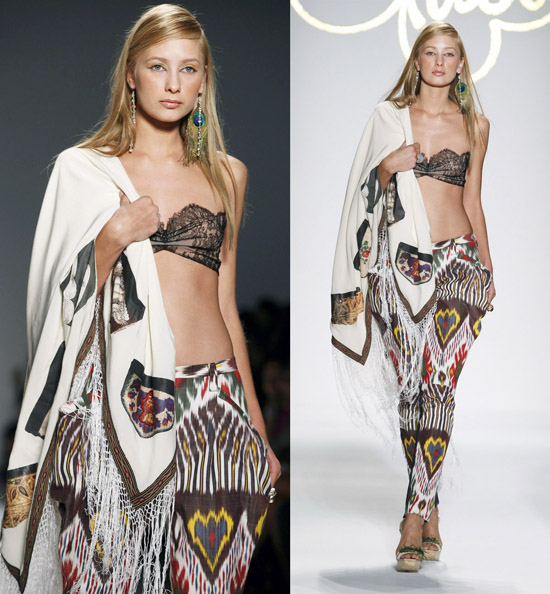 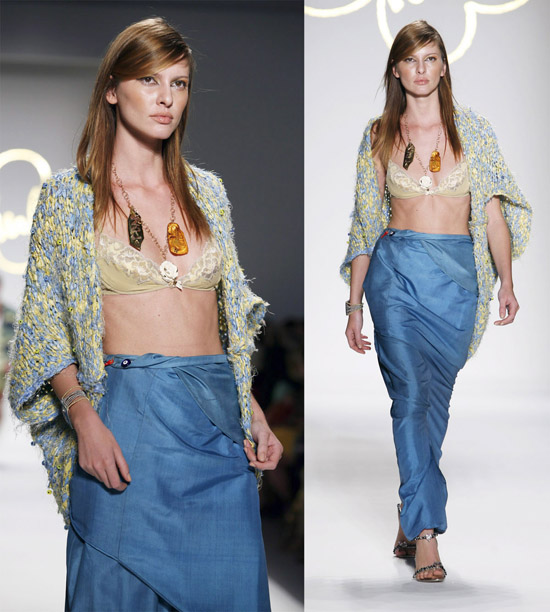 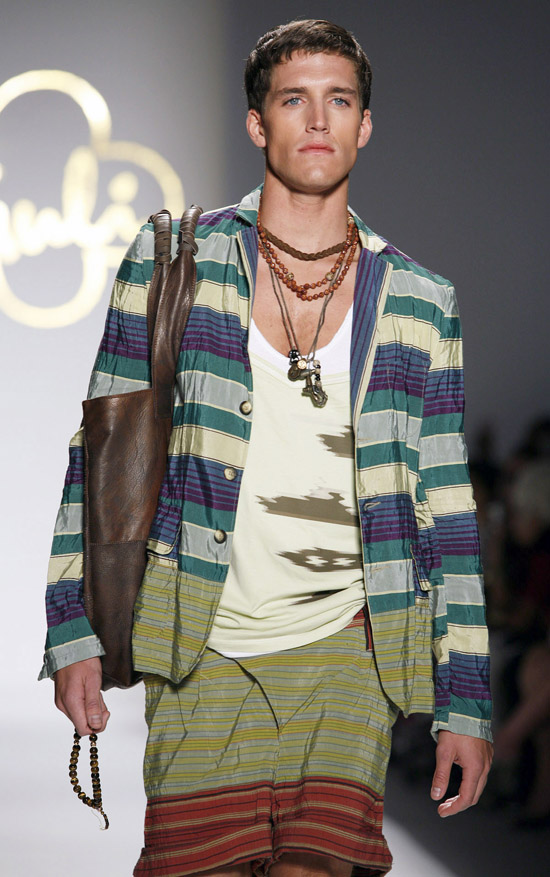 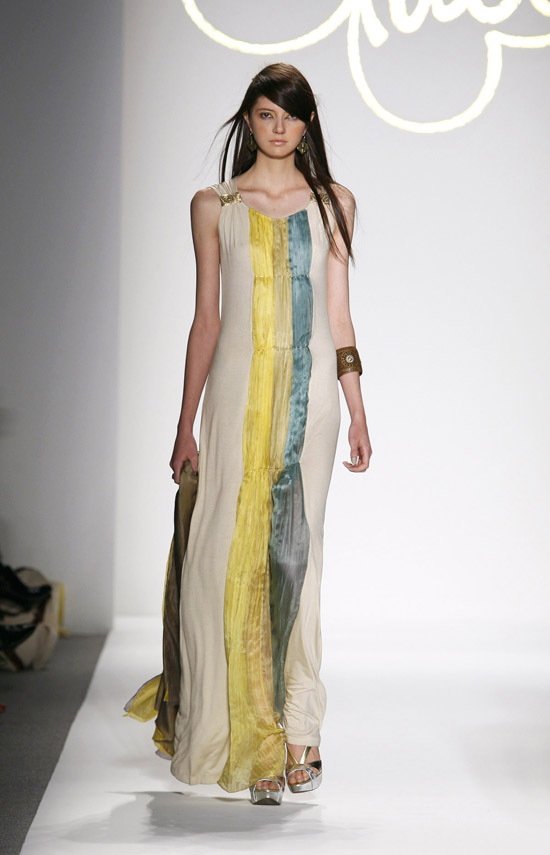 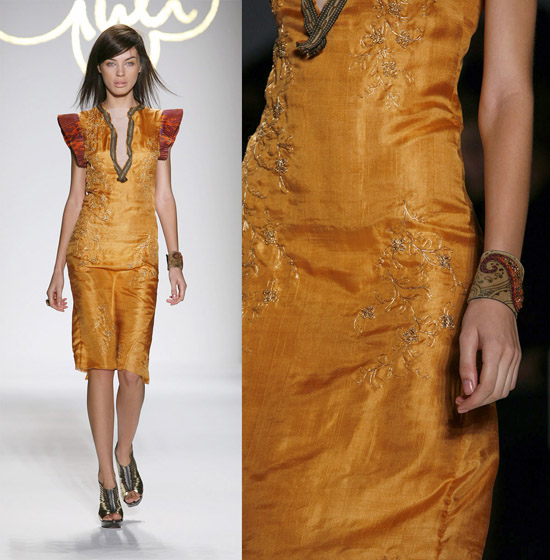 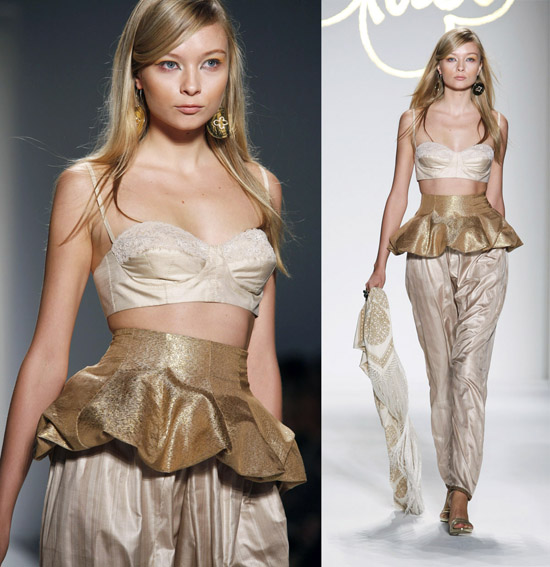 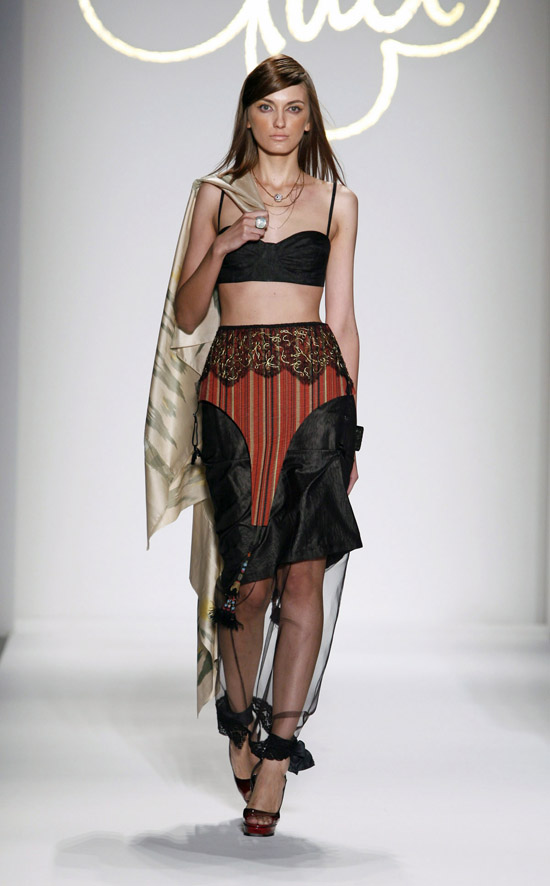 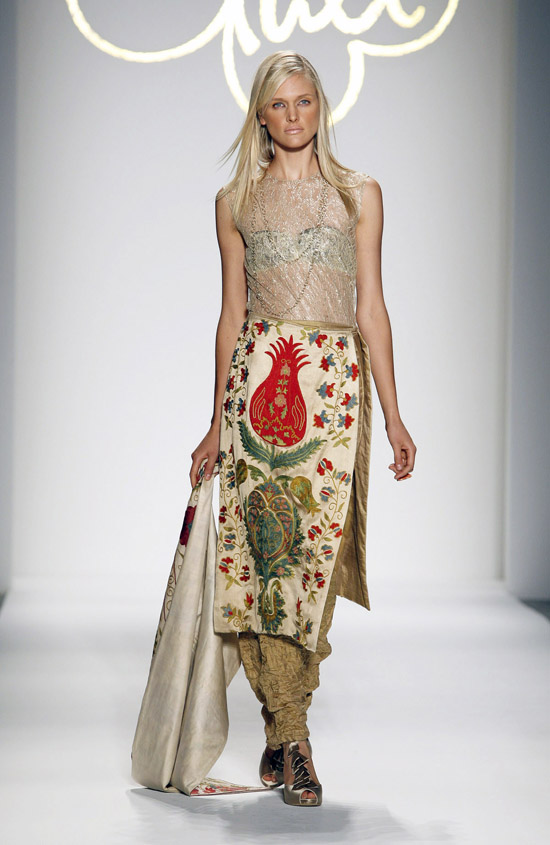 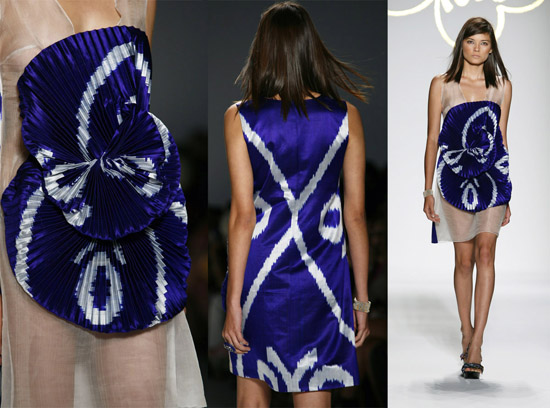 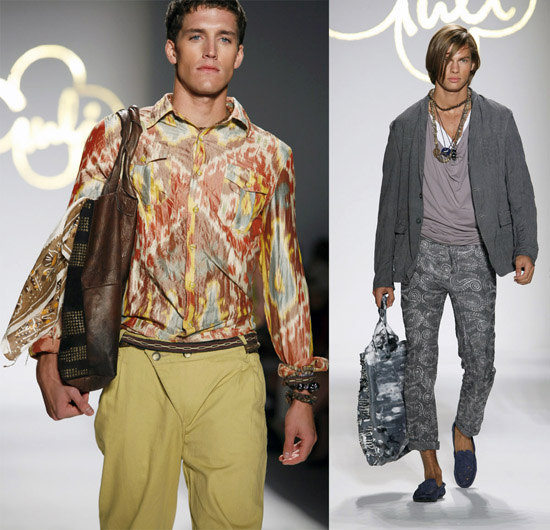 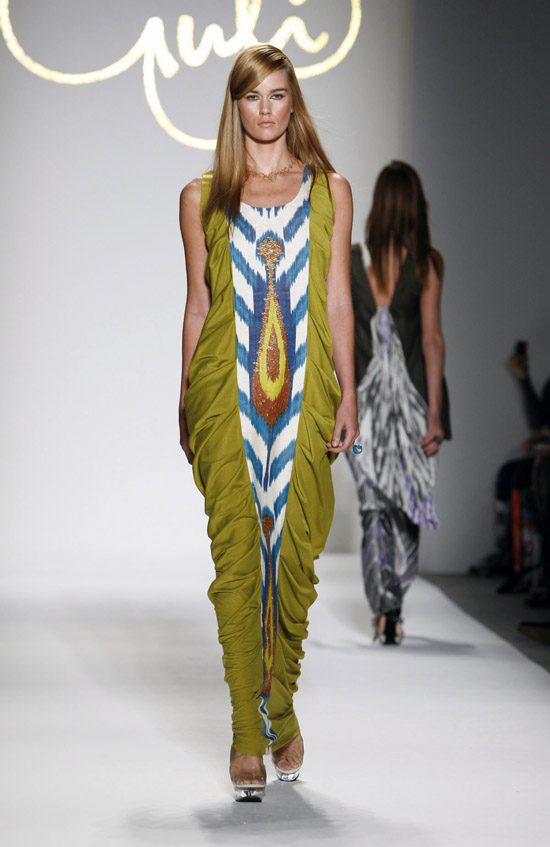 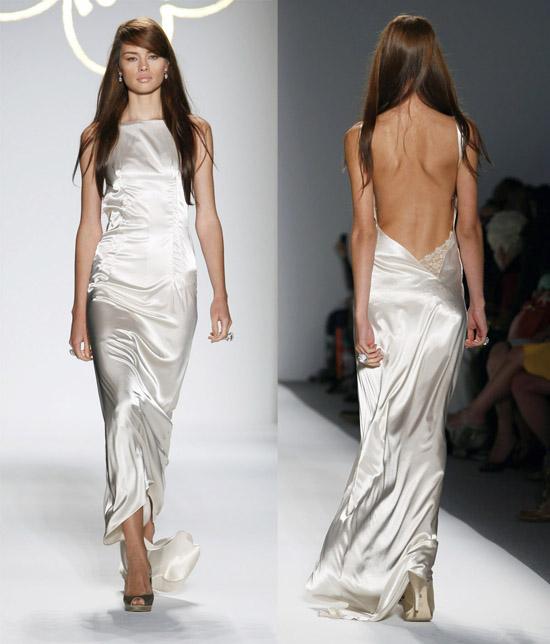 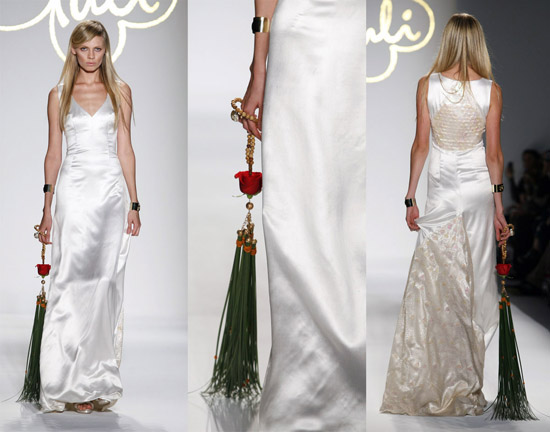 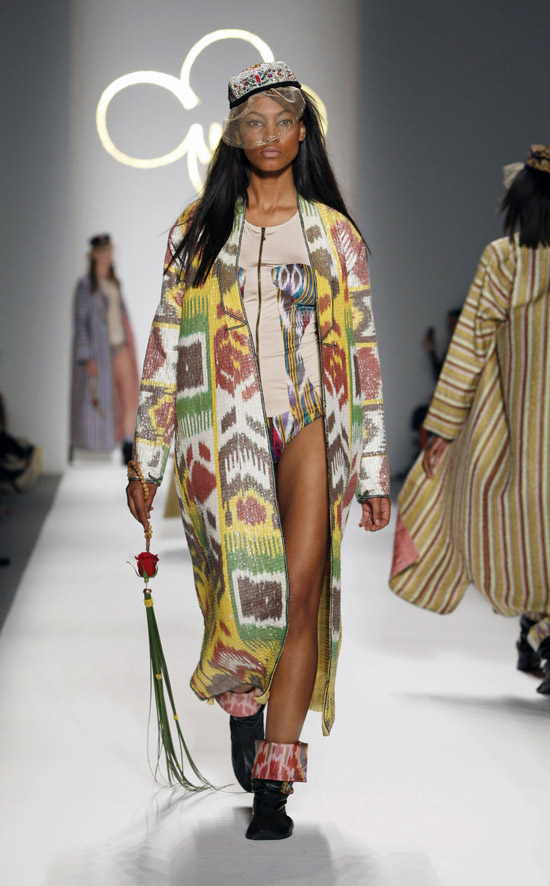 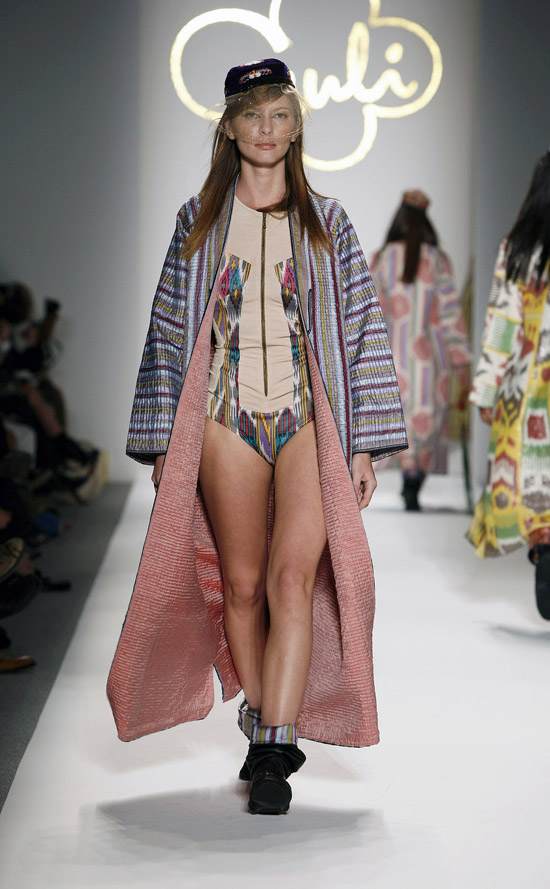 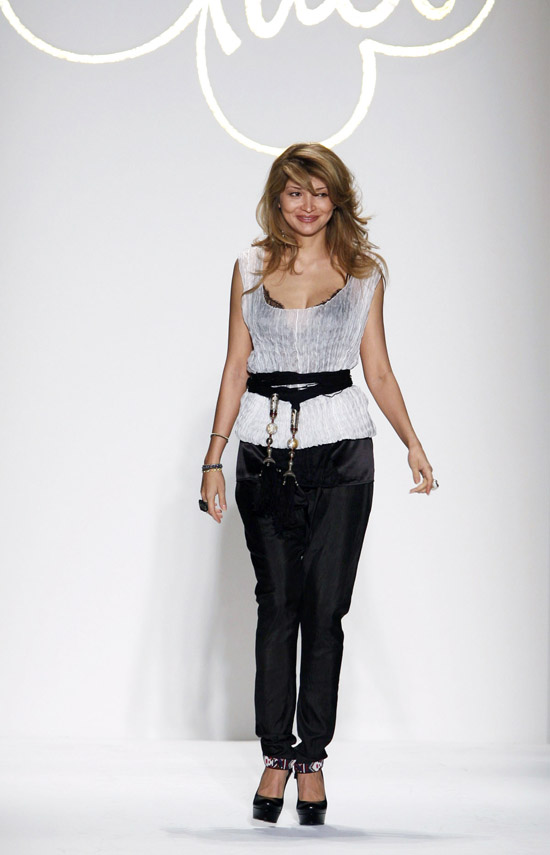