It is critically important to understand the differences between fashion, style, and design. 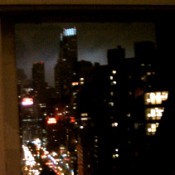 an editorial by Seth Friedermann
photo by Charles Beckwith

It is critically important to understand the differences between fashion, style, and design.

The relationship between these three words is ultimately a story of ascending levels of concreteness versus abstraction. Fashion is a sprawling global industry which has created a structure in which its participants function. It has hard and fast rules and is governed by the marketplace, as is every other commercial enterprise. The goal of fashion, as a business, is to make money, and style and design are secondary concerns.

Style has as much to do with fashion as paint has to do with painting. You can’t have style without fashion, but that’s the sole relationship they have. Style is personal; style is the ability to express yourself through the medium of clothing and accessories. The goal of style is to create as pure a relationship as possible between who you are and how you are reacted to. As much as it’s a fool’s errand, because no one can control how people react to you, it somehow works because people are acclaimed by some majority for having an impressive “sense of style,” even if they can’t read it. The consensus is proof of the existence of some objectivity, and therefore more concreteness. It is possible to “have good style,” but it is not possible to “have good fashion.”

Design sits at the top of this pyramid of ever increasing importance. For linguistic scholars, “design” is an annoying word. The word “design” is an abstract noun, you can’t taste it, touch it, see it, smell it, or hear it. However a “design” is often produced, which means there it is now a product of said design, which is a concrete thing. But people don’t speak that way, we remove the last wall between a designer and their design and refer to “the product” as “the design.” It is not insignificant that we speak that way, as it strongly reflects how we feel about designers and their creations. We want you to claim it. We believe it is more than simply a product of you, it is a facet of human greatness. This is your legacy. Designing and creating is critical, and not a casual act.

A great number of fashion designers either studied architecture or were, in fact, practicing architects. This is hardly a surprise, as the two fields share a massive common feature: you have to live in both. But humans always want more than just a simple space, or a plain covering. Great fashion design is exactly like great architecture, it performs powerfully in every respect. It fits well, endures, expresses ideas, and most importantly, it has the power to touch and move people. American culture has become so homogenized, and everything that humans produce has become measured only as a commodity, that it actually sounds silly to say, “fashion can inspire.” But fashion is a form of artistic expression, and the entirety of human history is proof that art is powerful and can incite massive change. The first step in killing the putrid, greedy, uncaring thing that the global fashion industry has become, is for you who are reading my words to reactivate the switch in your head that allows you to see fashion as good or bad design. Is what you are looking at a McDonald’s off the interstate or a Frank Lloyd Wright building? Does it make you look twice, does it make you feel something, and most importantly is it difficult to forget? If it stays with you, stays in your mind, then it has permanence and is as concrete as the sidewalk beneath your feet. Because in the end humanity is built on ideas, and the designs they spawn, and not on the chase for cash. Money does not inspire.