Despite her punk rock passion and her love of the aggressive and theatrical Ms. Stern is very considered and calculated in her designs. 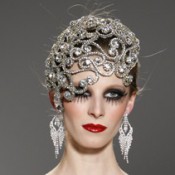 Venexiana’s designer Kati Stern is in her seventeenth season. She has a mistress’ hand at showmanship and knows how to play a crowd perfectly. But fashion shows aren’t for the crowd or even for us in the press, they’re for buyers. Pictures are nice, as are pretty words, but orders put food on the table. Venexiana’s Fall 2011 collection was a glittering array of dramatic gowns in luxurious satins, along with a parade of silks and metallics. Adornments of bows and strong swirls of fabric drew attention but never swallowed the woman, with the exception of the two closing white gowns which is what they were designed to do anyway.

“Designed to do” is an important phrase when looking at Kati Stern’s work. Despite her punk rock passion and her love of the aggressive and theatrical Ms. Stern is very considered and calculated in her designs. She has a mature sensibility about the business side of fashion and how and when you allow that to impact your creations. She knows her clients and she knows what sells. Despite her sexy glamorous cuts and treatments, these are very wearable and well-made red carpet clothes. And of course her lovely tough chick attitude is sewn into every delicious piece. Venexiana is beauty with a dash of brash, just like Kati Stern. 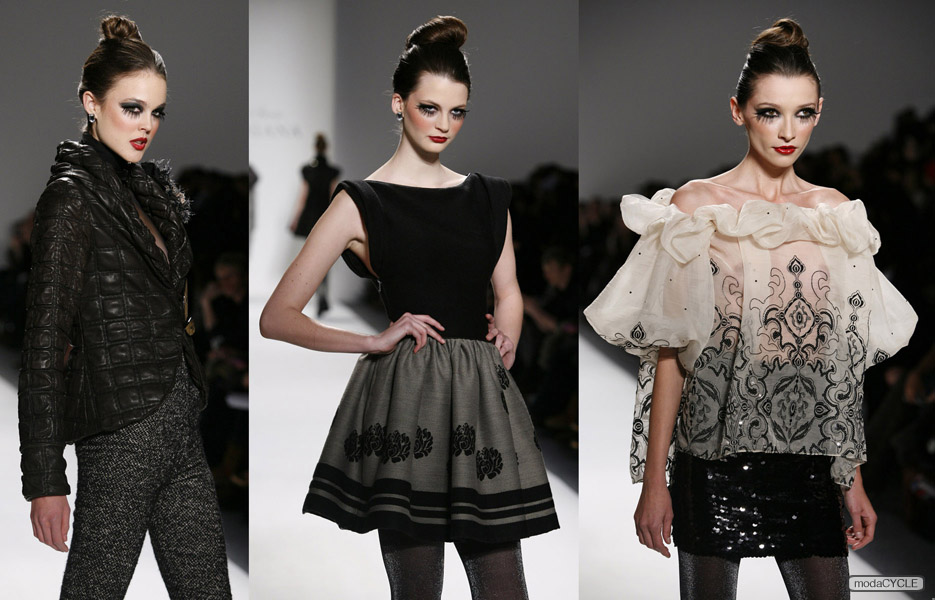 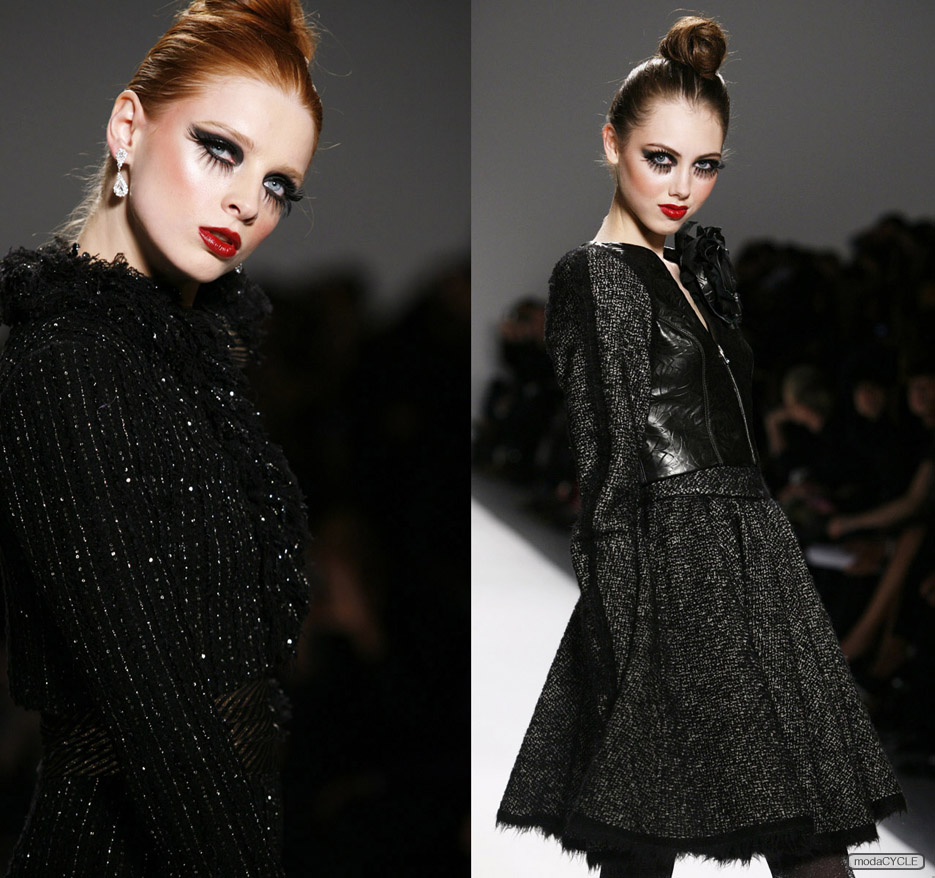 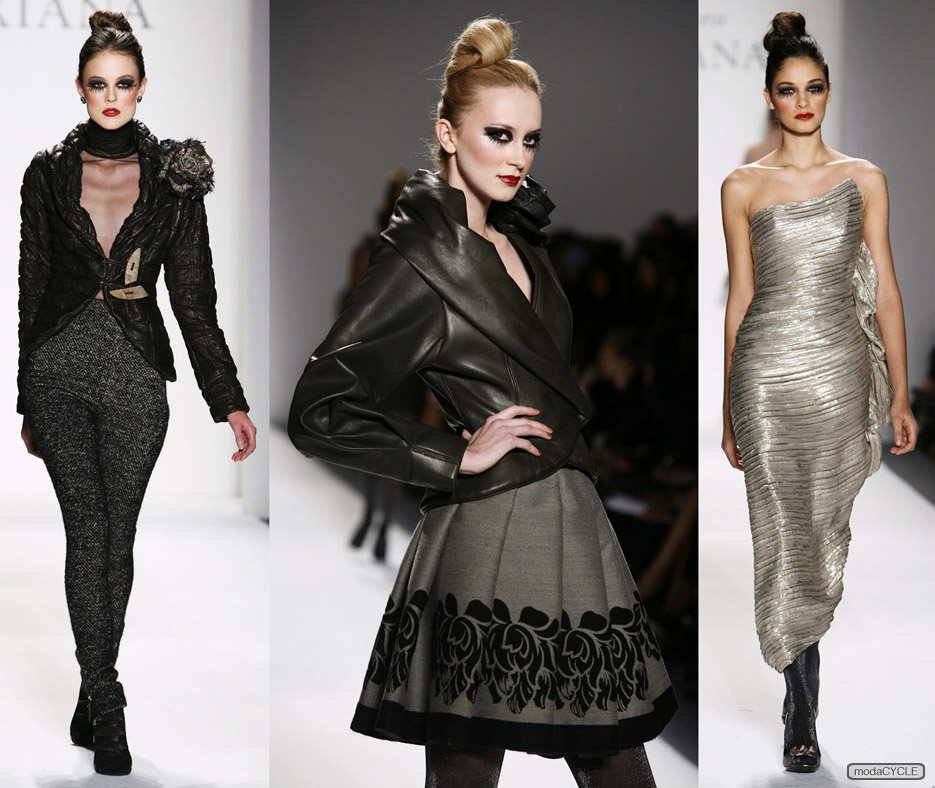 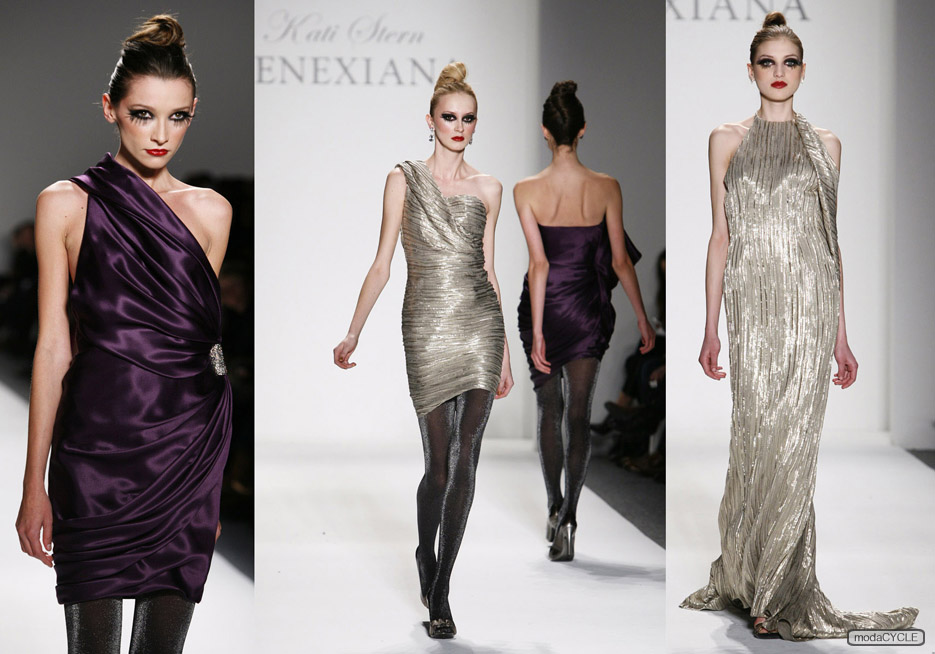 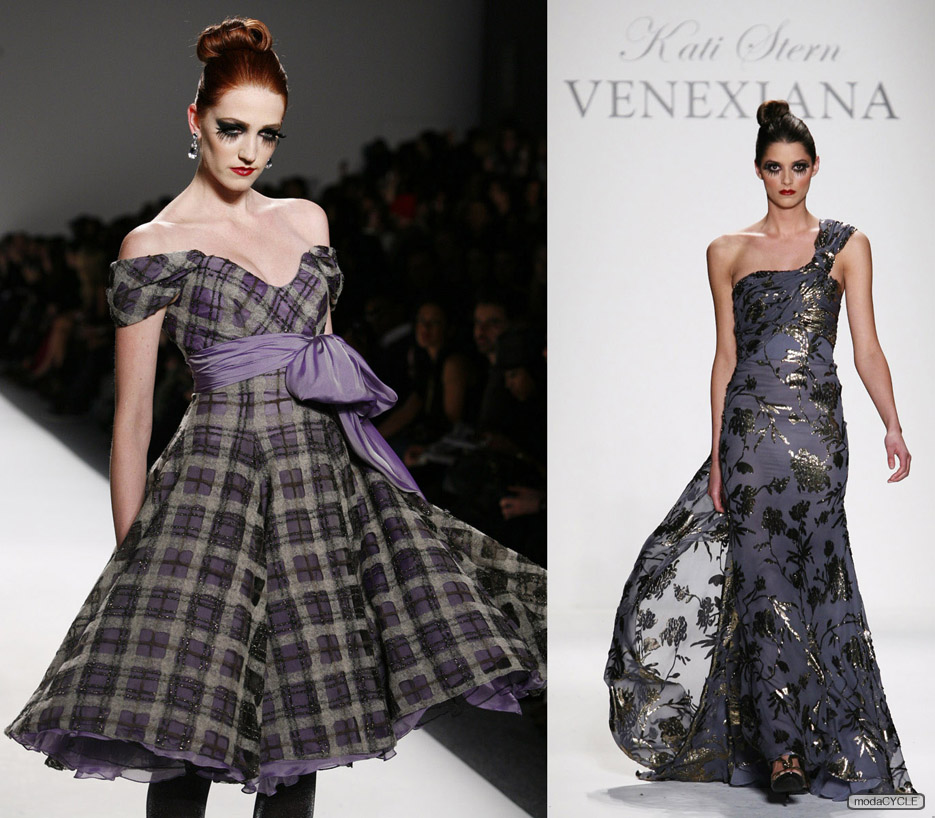 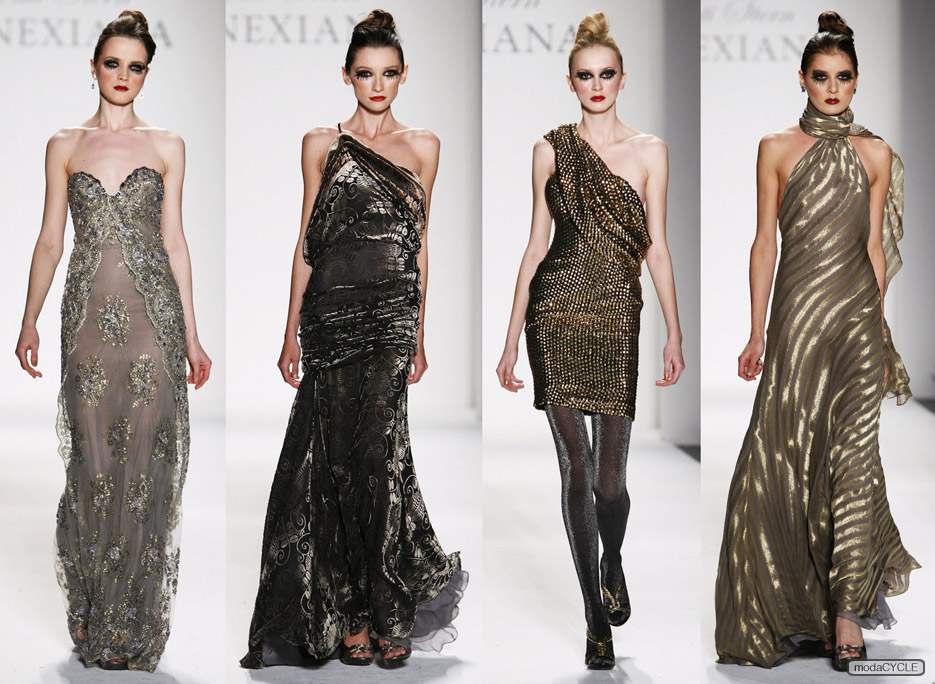 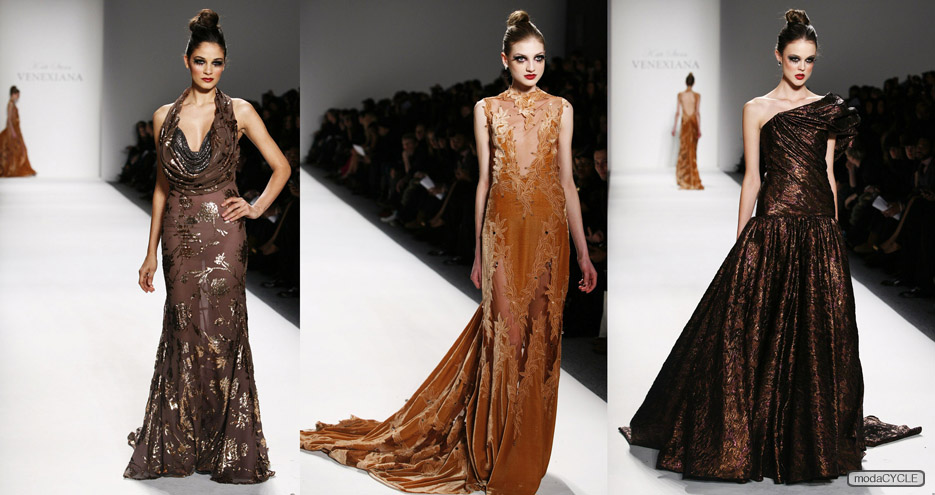 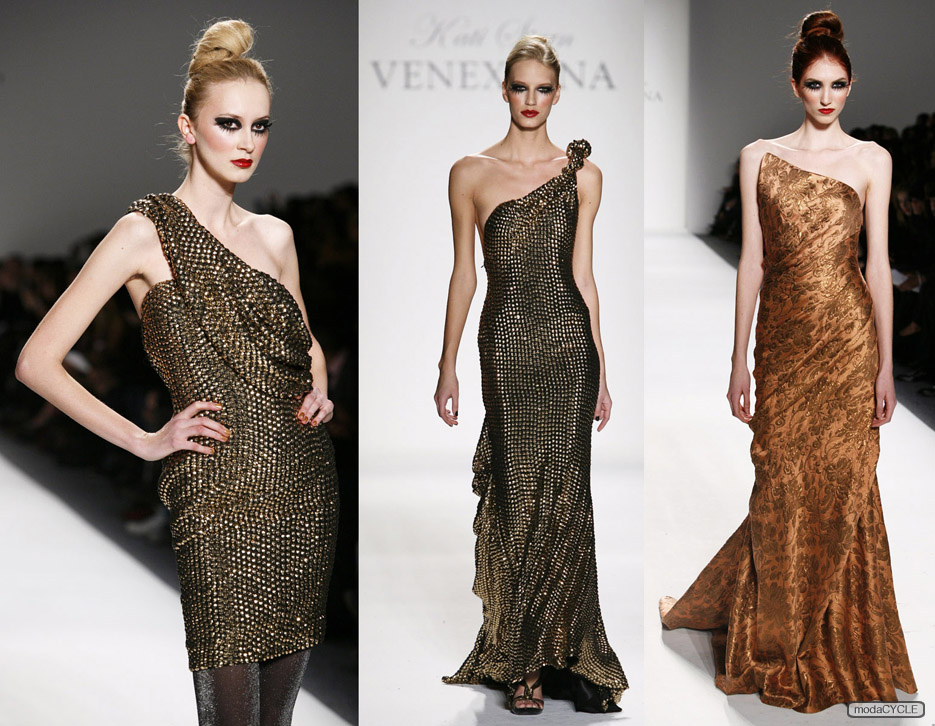 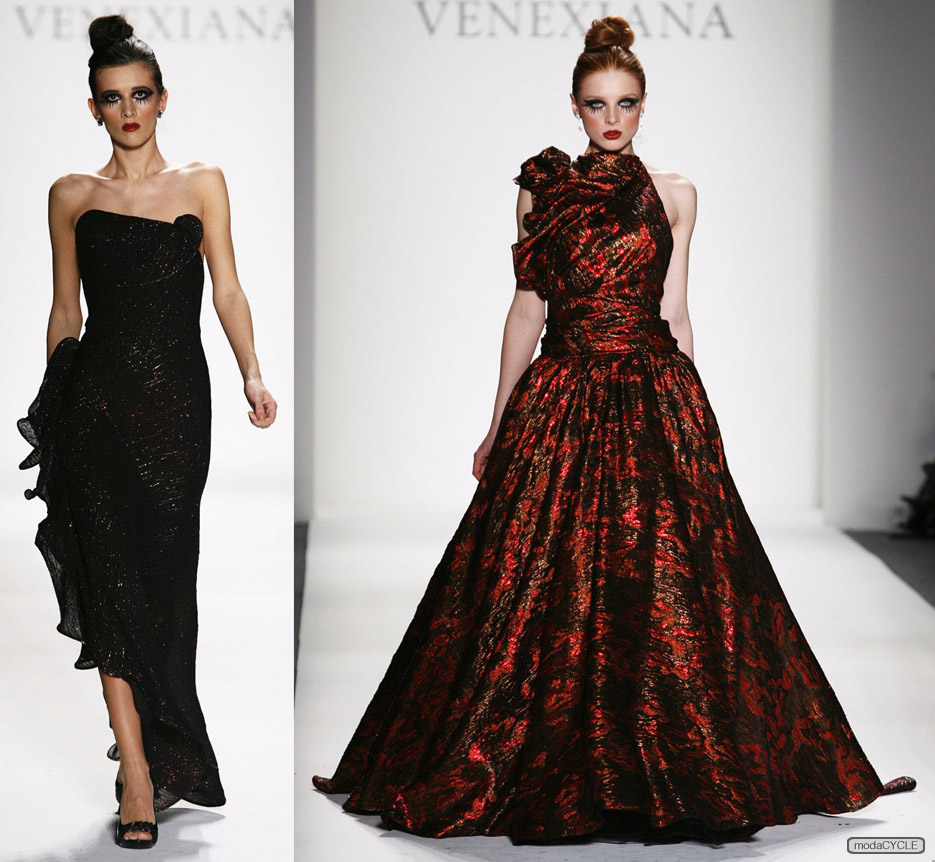 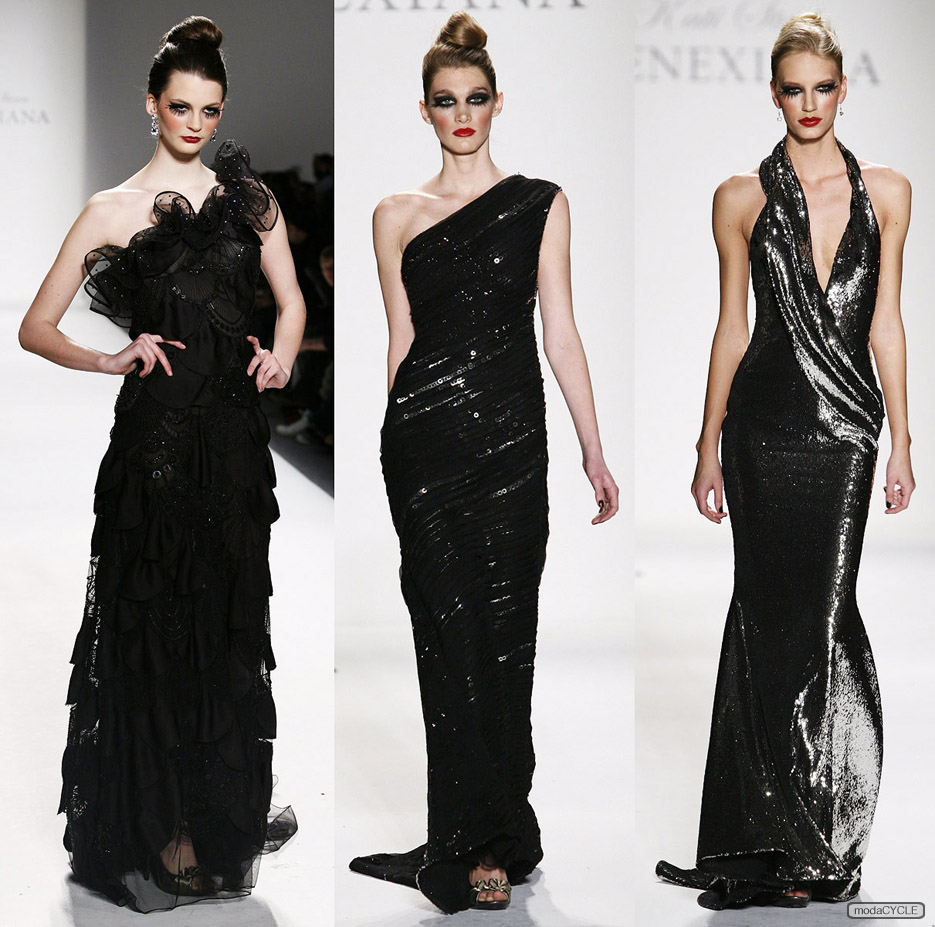 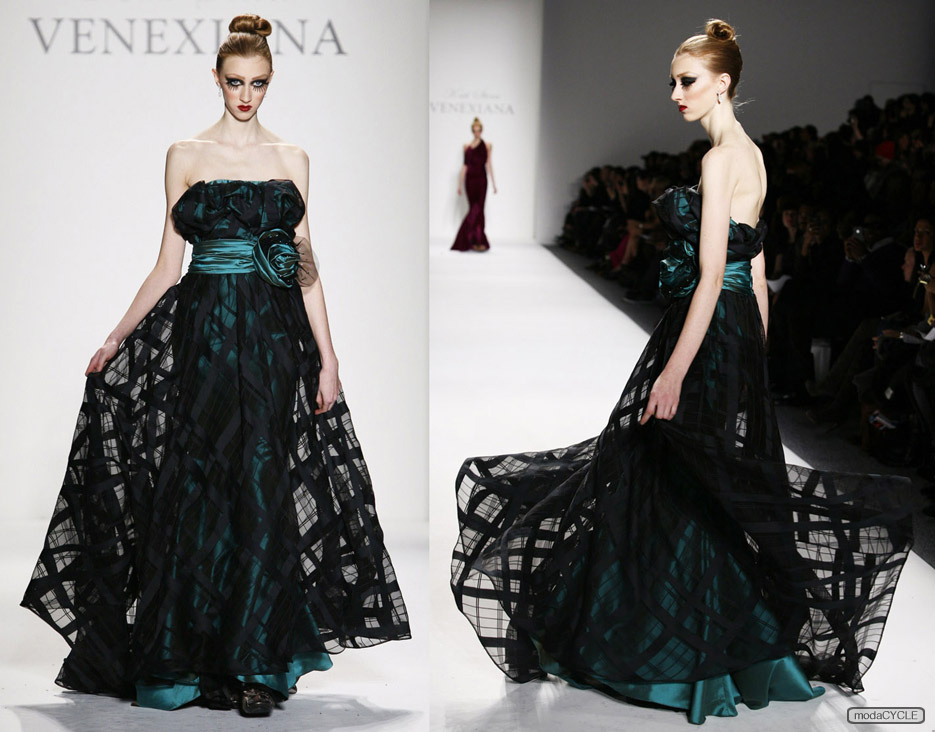 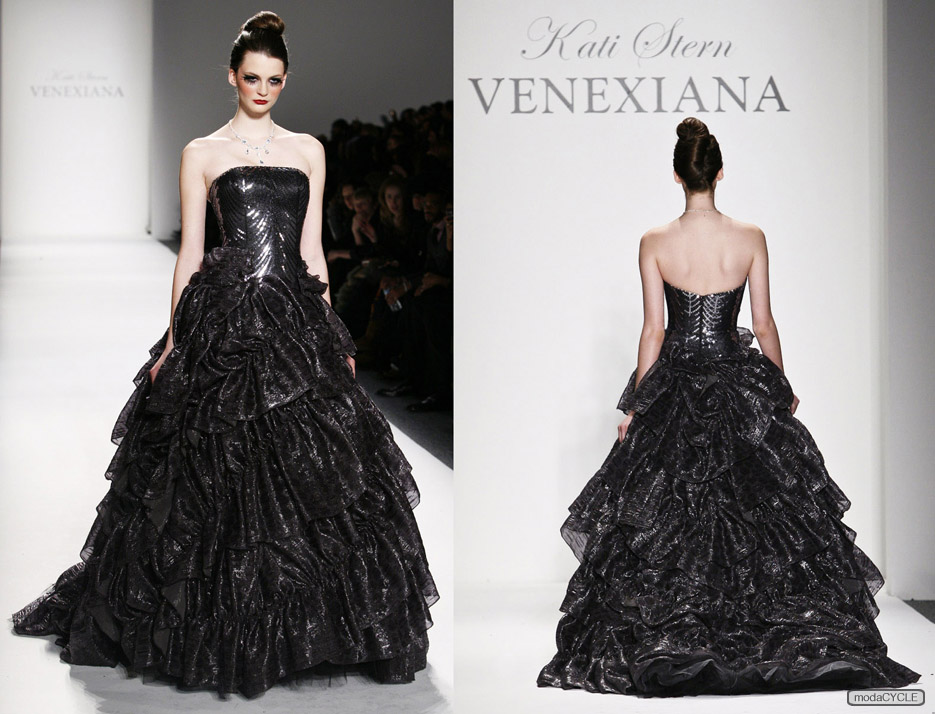 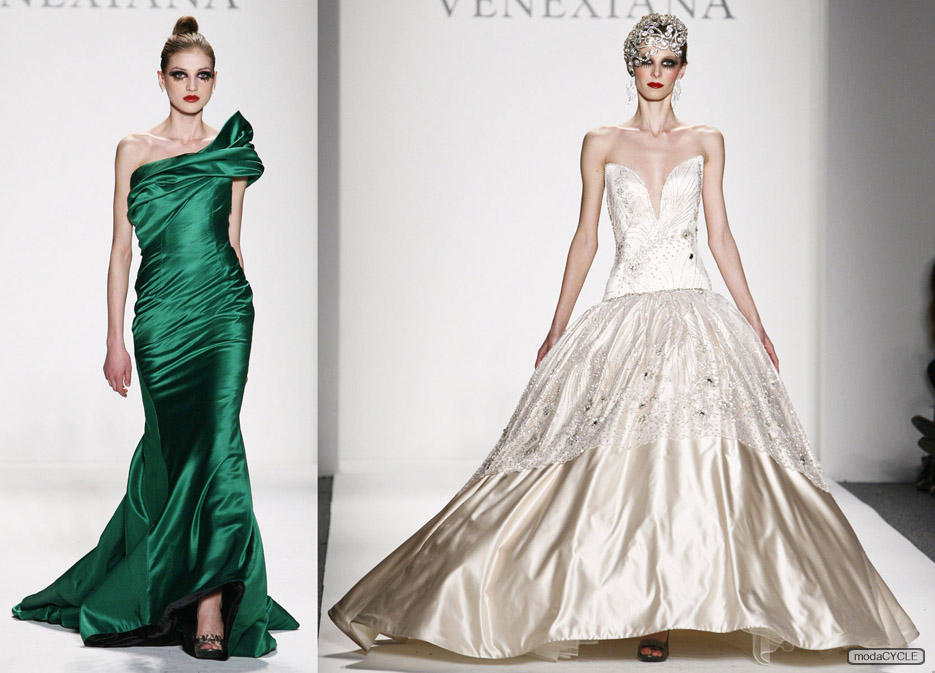 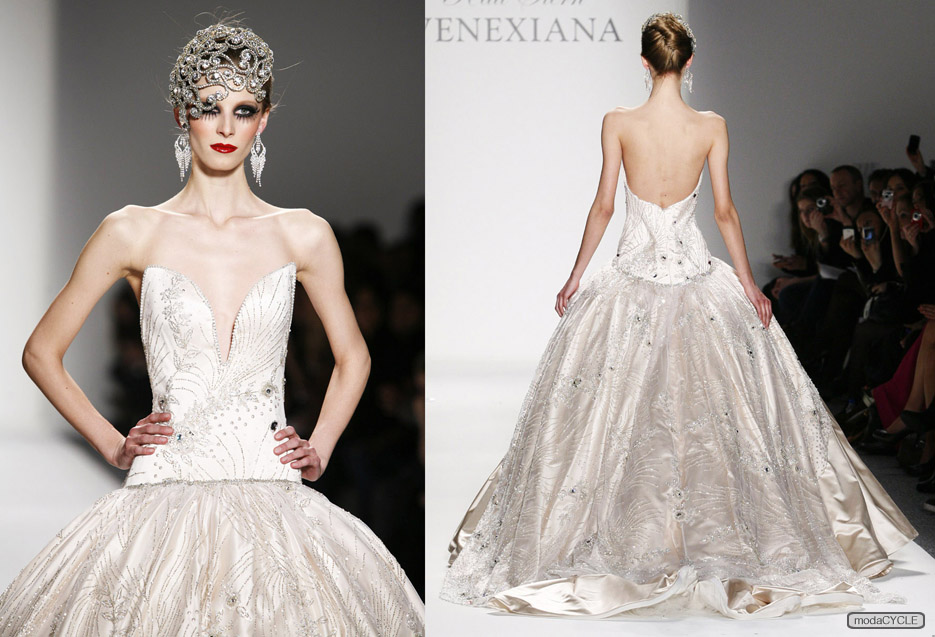 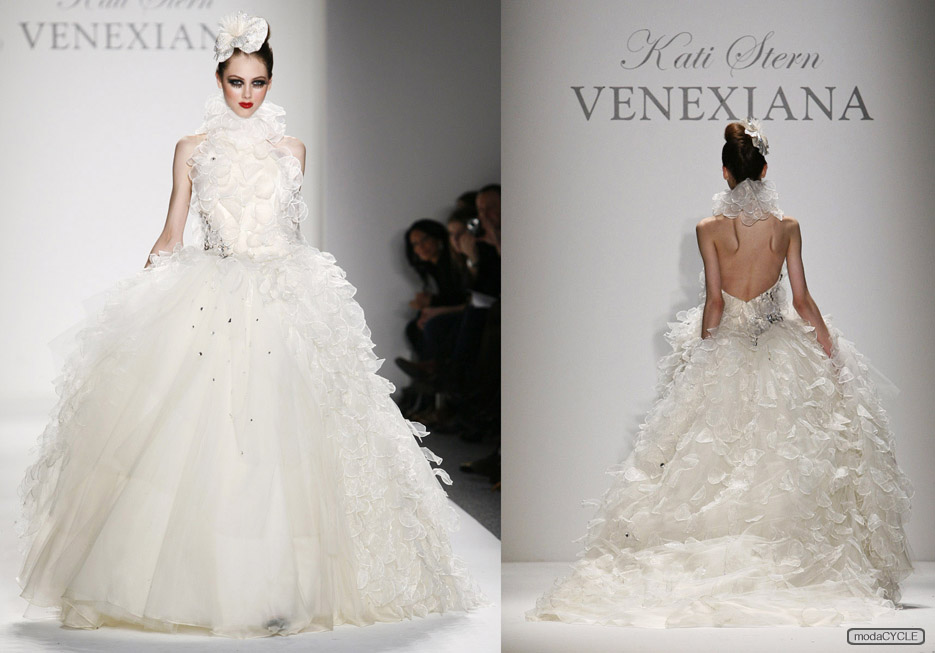 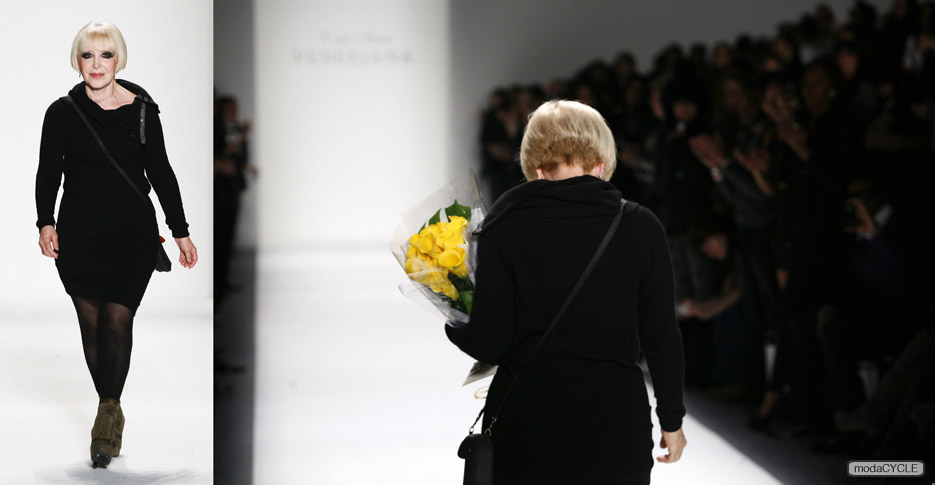