The Fall 2011 collection was beautiful, splendid, fantastical, and flowing, but also, oh, so easy to wear. 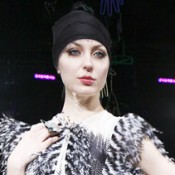 Fantasy matters in fashion. Many times you will hear the comment, “nobody would wear that,” but fantastical creations play a critical role in fashion in a wide manner of ways. When viewing the goddesses who fell to earth at a Diego Binetti presentation, it’s important to stay conscious of the fact that the full-on heavy styling is Mr. Binetti’s vision in its purest form. All of the amazing Perez Sanz jewelery and magical Giuseppe Zanotti shoes are part of his taking advantage of the moment to present a suggestion of perfection. But at the core of his theater is his garments, and the Fall 2011 collection was beautiful, splendid, and flowing, but also, oh, so easy to wear.

The clothes were a mix of blacks, metallics and just a splash of white and gray. It’s important to note that for Mr. Binetti, a solid color piece of cloth serves as a canvas for his magical turns with embroidery and embellishment. His signatures shines through that which shines. The Fall 2011 Binetti Collection was also a fairly textured affair, with dyed marabou and touches of knits and lace. His clothes are always complex but never complicated, and they attract interest rather than ridicule for being garish. Among the standout pieces for me this season were; an off shoulder draped cocktail dress which was done in a marvelous jeweled fabric which reappeared on a cleverly tucked and draped skirt, a white and dark silver printed asymmetrical floor length dress with similarly colored marabou accents, and a mixed print which was used several times that consisted of a gold section with cheetah spots bordered with a blush sequined fabric and a section from a floral pattern. That odd mix of fabrics and colors sounds as if it should be positively wretched when viewed, but in Diego Binetti’s hands it’s rendered as eye-catching and bold. That fact speaks to Mr Binetti’s brilliance as a designer. It is his romantic and inspired boldness that elevates his work, but he retains the eye of a shrewd editor. His eyes are in the heavens, but his feet are planted firmly on earth. 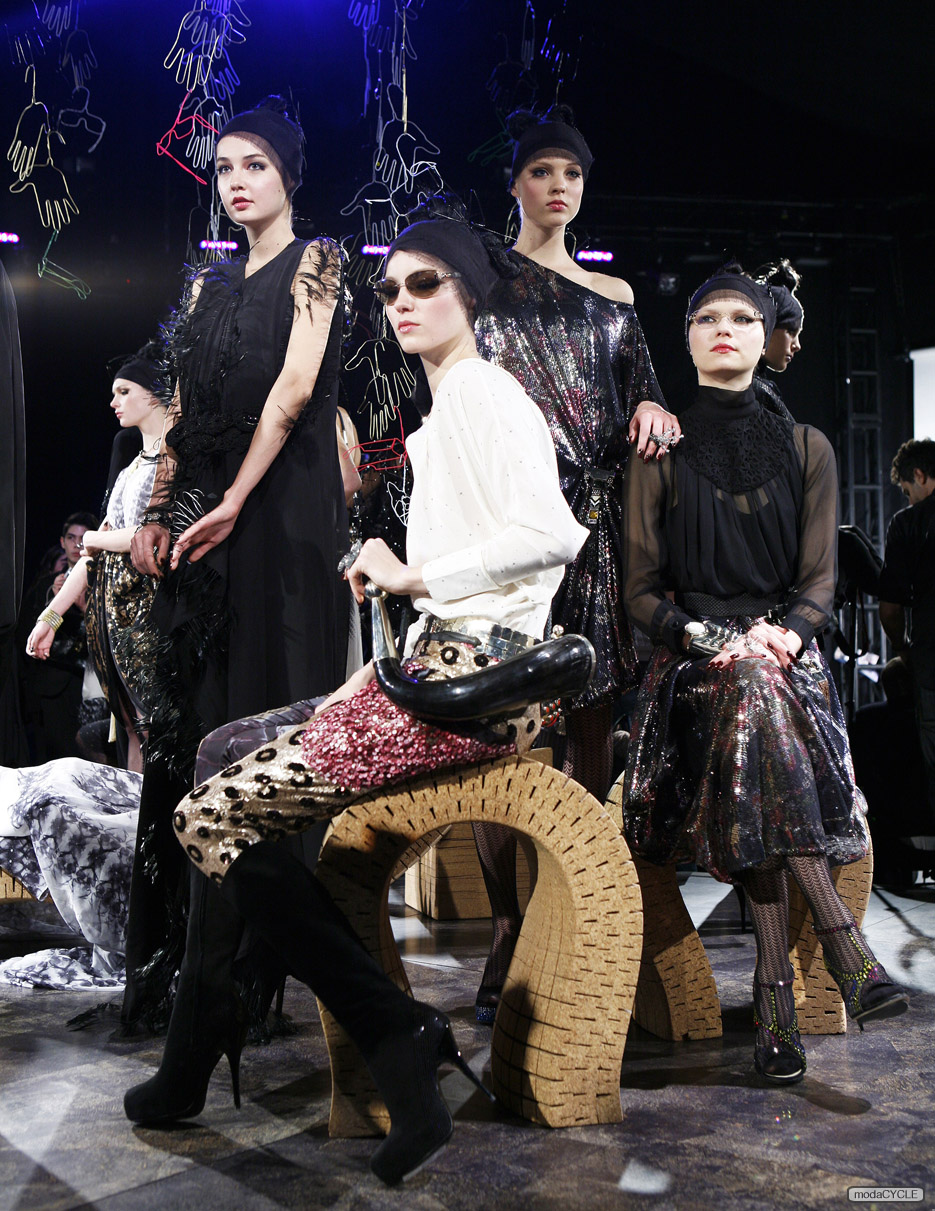 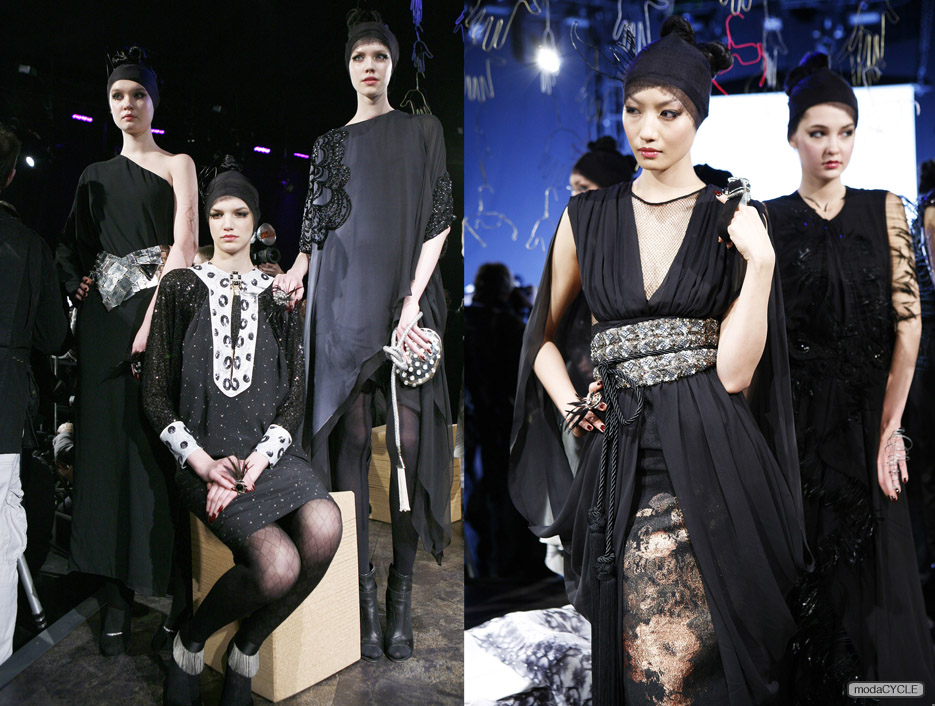 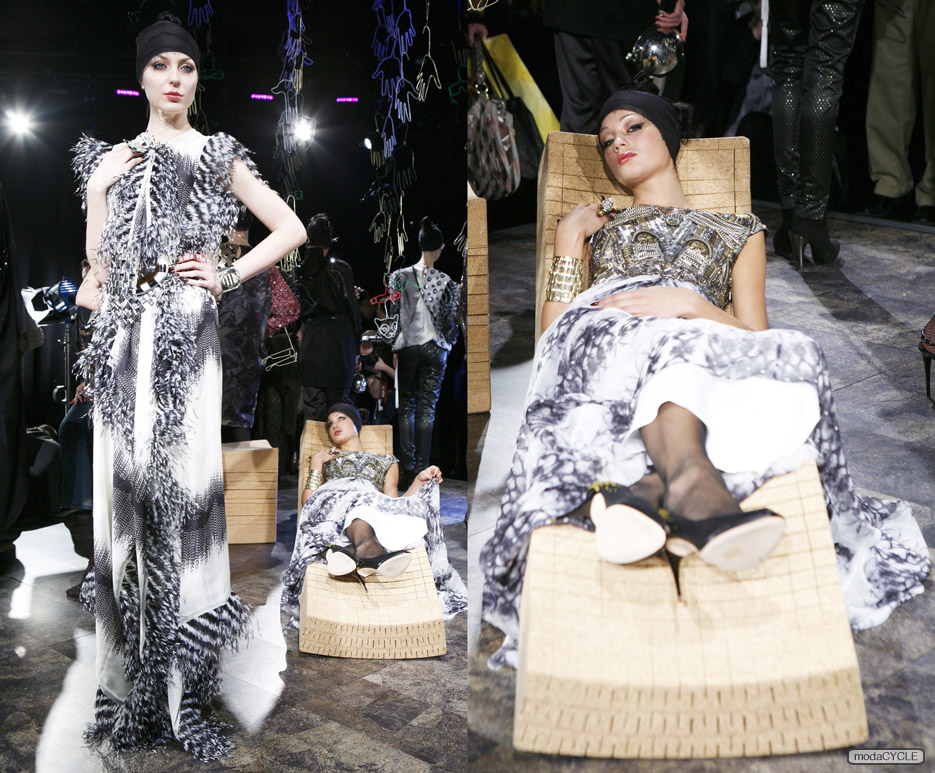 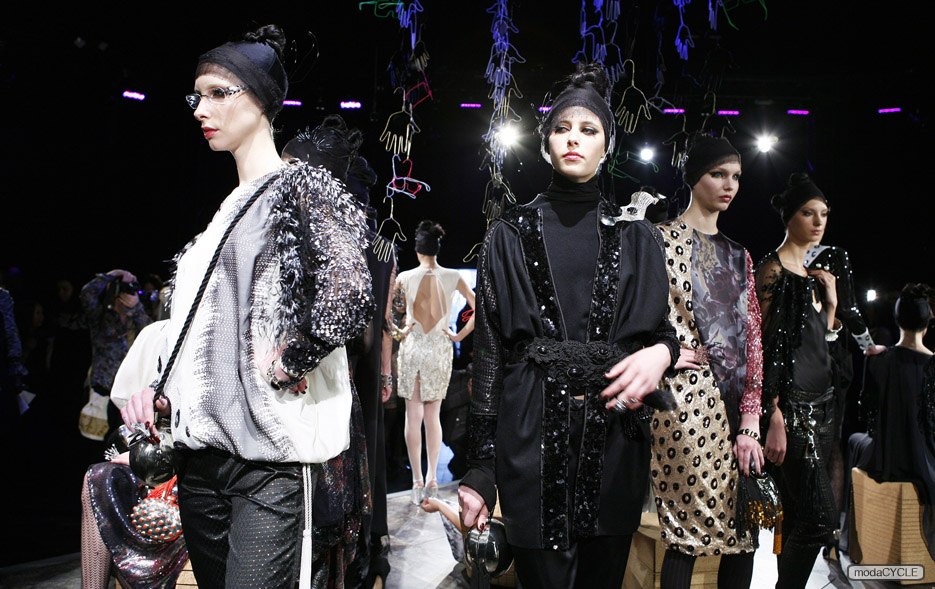 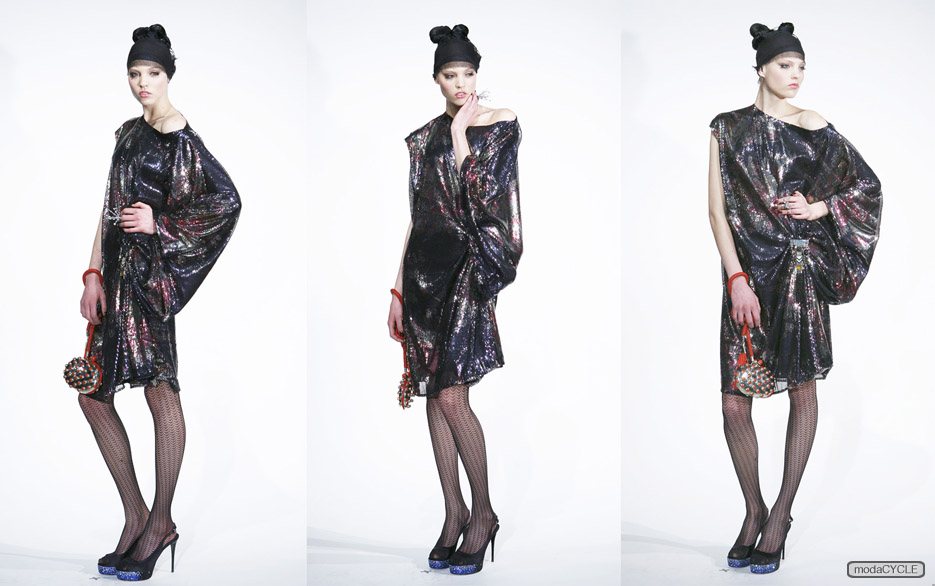 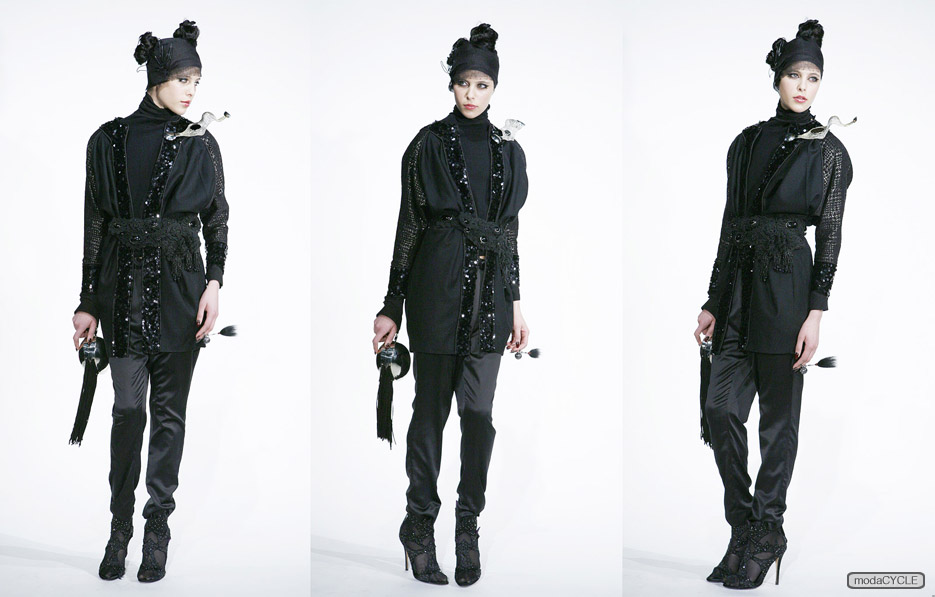 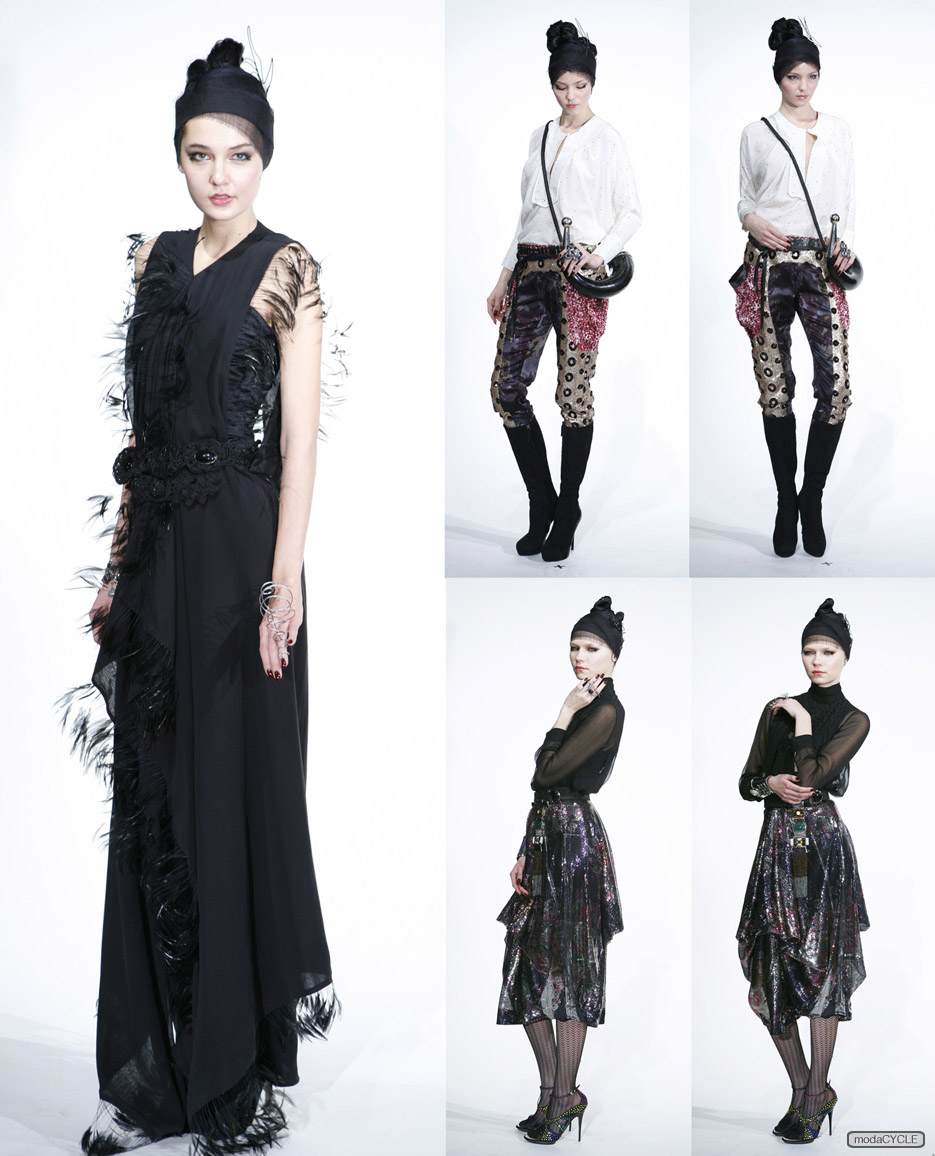 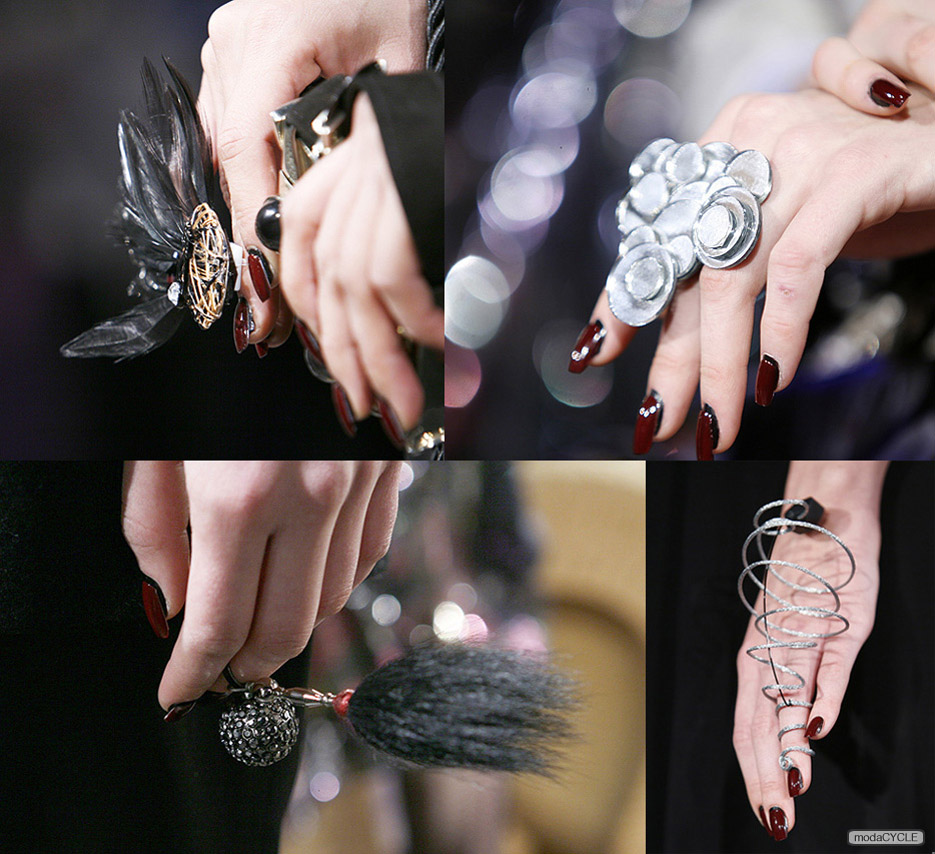 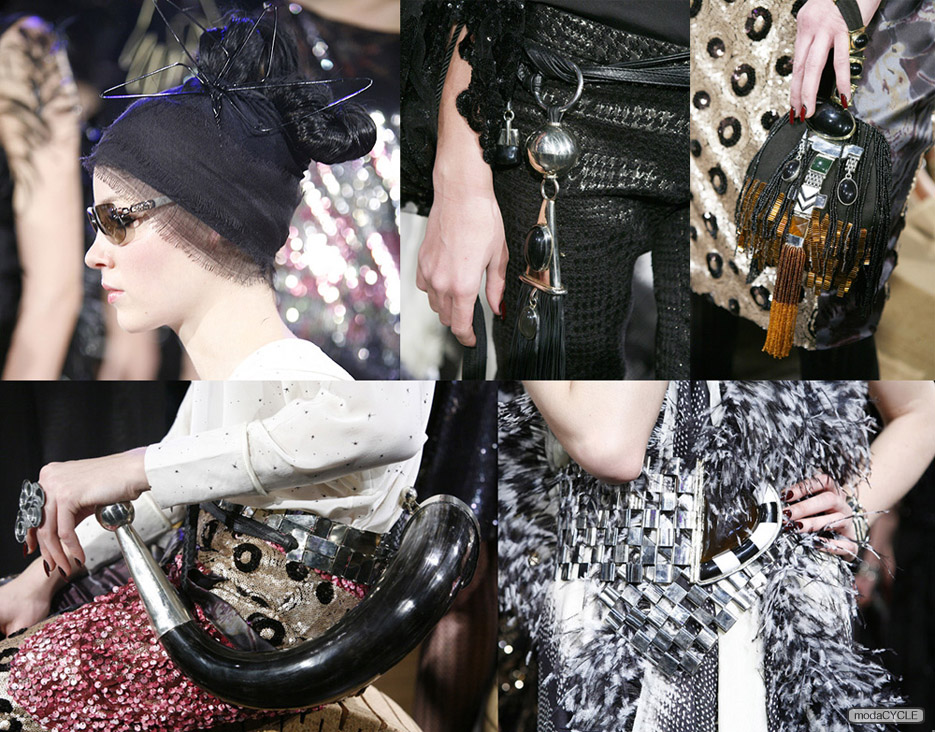