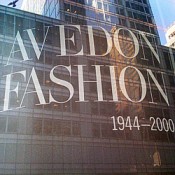 I’ve found Avedon’s images fascinating for some time, but the way they were presented at the ICP, where some are poster-sized so you can really see all the details, and some, the images of night life, are hung in a black room with no ambient light but just tapered spotlights framing the photos, it was revelatory and inspiring. 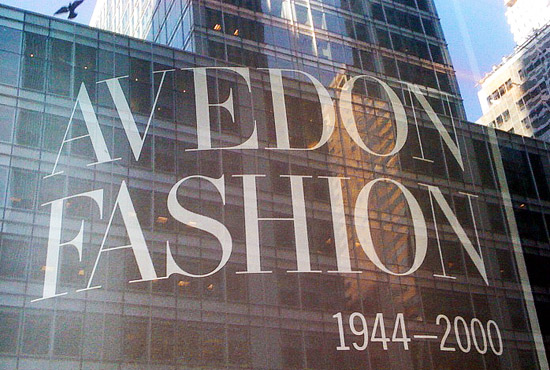 Here are some of the notes I scribbled down while walking through the exhibit:

The ICP Gallery is on the corner of 43rd Street and 6th Avenue in New York, one block north of Bryant Park. The Avedon exhibition has been held over and will run until the 20th of September, so if you are in town for Mercedes-Benz Fashion Week and have an hour to spare, definitely something worth taking the time to see.

There is a fabulous new book of Avedon’s works which are in the exhibition. It is $100 in the ICP Gallery’s gift shop, but about 30% off if you order it from Amazon.com instead: