If we learned one thing it is that Ms. Farncombe is not afraid to take on a tough to translate inspiration. She stated that the impetus for her Spring 2011 collection was a tornado-chasing trip. 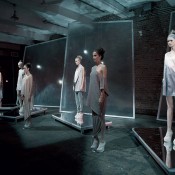 Young designer, Kaelen Farncombe launched her line, Kaelen, with a debut collection last season. It received a very warm reception from the fashion press, and more importantly she was picked up by the influential national chain Intermix. With this, her sophomore season, she looked to build on that momentum. If we learned one thing it is that Ms. Farncombe is not afraid to take on a tough to translate inspiration. She stated that the impetus for her Spring 2011 collection was a tornado-chasing trip. The clothes were designed to reflect the chaotic weather patterns and the rapid change between calm and storm. She managed to maintain her elegant lines and minimalist style, while adding fascinating subtleties using representations of dirt, damage, mess, and drama in her designs. 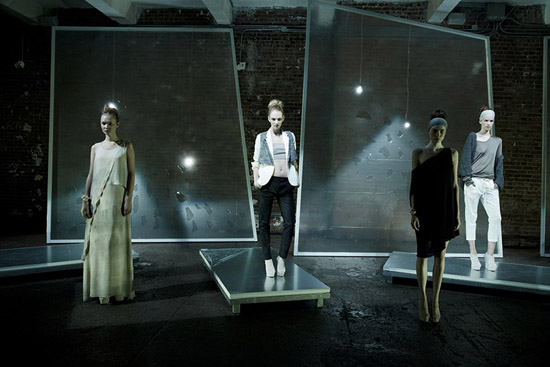 The color palette Ms. Farncombe chose was nearly monochromatic, making the most of eggshell, robins egg blue, gray, and cream to create a rich cohesive look. The looks were contemporary high waisted pants with pleats that tapered at the calves, loose dresses without a waistline, and tops with strong shoulders and variations on the “boyfriend” blazer. The fabrics were mainly silks, washed suede, and light loose knits. The elements of chaos and damage were represented beautifully in small details like frayed hems and sleeves, subtle staining, and turbulent and diffuse prints on the fabrics. The overall impact was one of intrigue. A true minimalist always challenges themselves to create visual interest using minimal elements and technique. Ms. Farncombe’s designs generated the need and desire to have a second and a third look at the clothes, which is a great achievement for a designer so new to the industry. 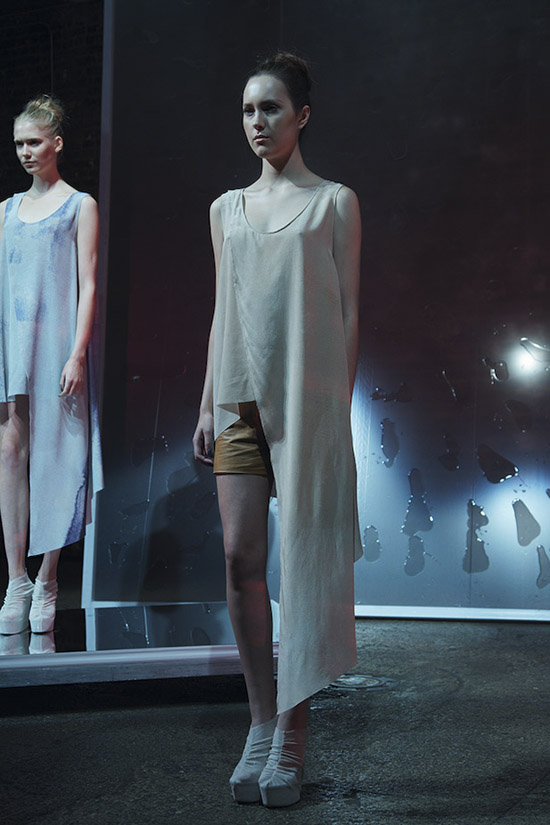 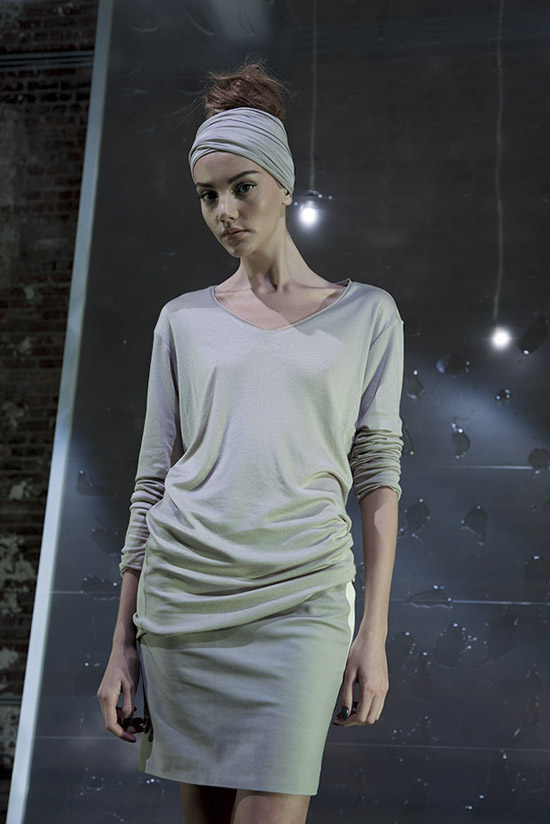