Gobel is known for his high concept design execution, as witnessed with his Fall 2010 debut collection, and he certainly stays true to his craft and himself with his offering for Spring 2011. 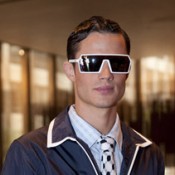 Menswear designer Marlon Gobel sees “Mr. America” seated in a richly appointed leather banquette at the Four Seasons enjoying a power lunch amongst colleagues. He is a titan among men, and displays his strength with a silent focus. He is known and respected not only as a power broker, but for the ideals and values he holds closer than his dreams. This was Mr.Goebel’s vision for his Spring 2011 collection. Gobel is known for his high concept design execution, as witnessed with his Fall 2010 debut collection, and he certainly stays true to his craft and himself with his offering for Spring 2011. I asked Mr. Gobel who is his, “Mr. America?” “I was inspired by the titans of America,” he responded. “These are men who take risks, make choices, and exhibit manners and charm.”

With The Four Seasons Restaurant serving both as a symbol of the collection and event space for is show, Mr. Goebel traded last season’s blood, guts, and carbon fiber for lunchboxes, briefcases, and secretaries. The collection had a high note early on in the presentation with his Pennsylvania Lattice-lace jacket. His prints were slightly muted this season, seen on a cotton-cashmere wave-sweater and the american forest sweater and its complimentary vest. Instead of acting as a focal point, this season’s prints harmonize with their surroundings, serving the stronger whole, versus being solely an an eye-catching piece of decoration. Other stand-out pieces included the vermilion double breasted blazer with red canvas pants and the three-piece khaki cotton tuxedo. Mr. Gobel was true to himself, meeting and beating expectations for this second collection. 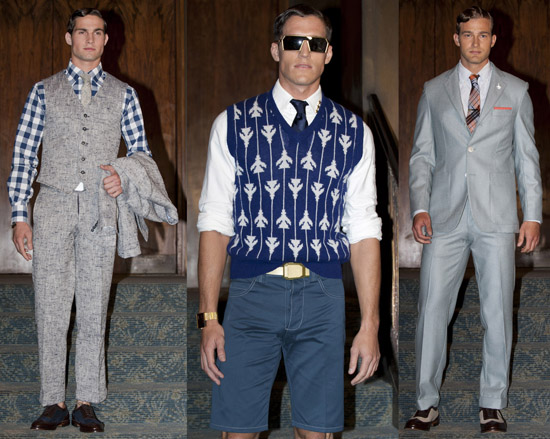 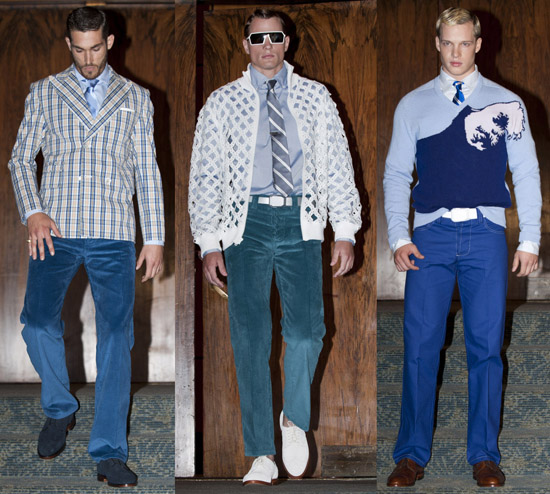 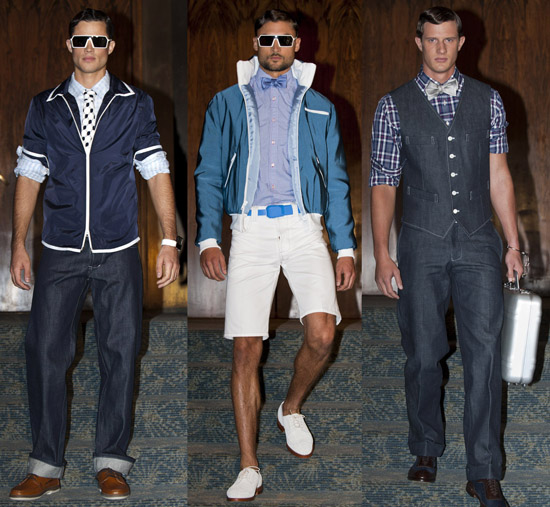 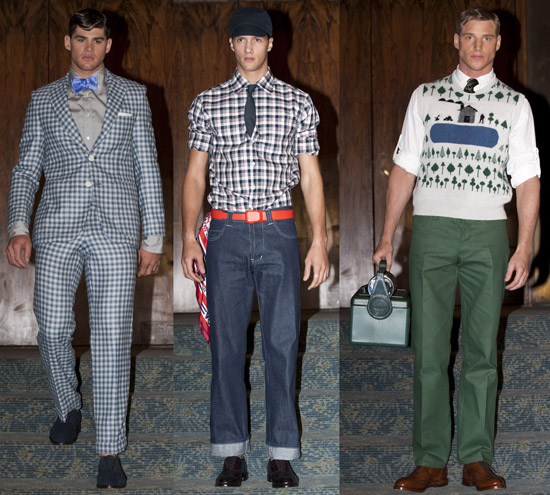 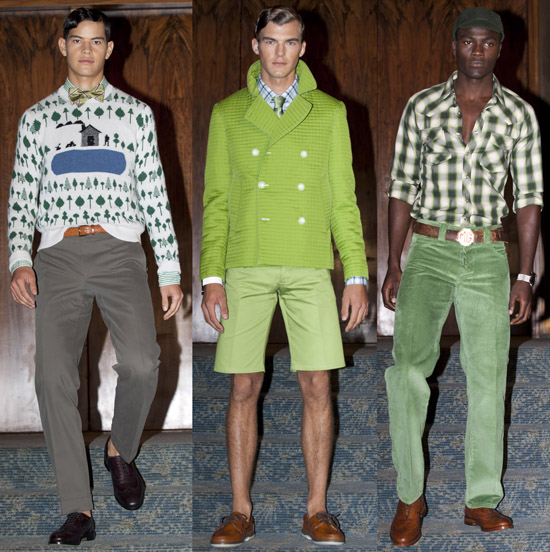 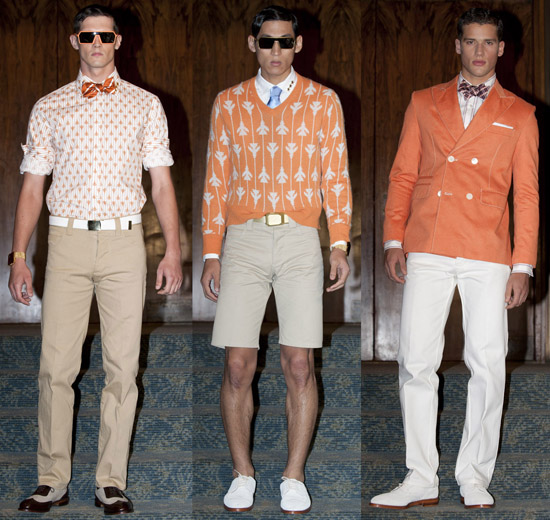 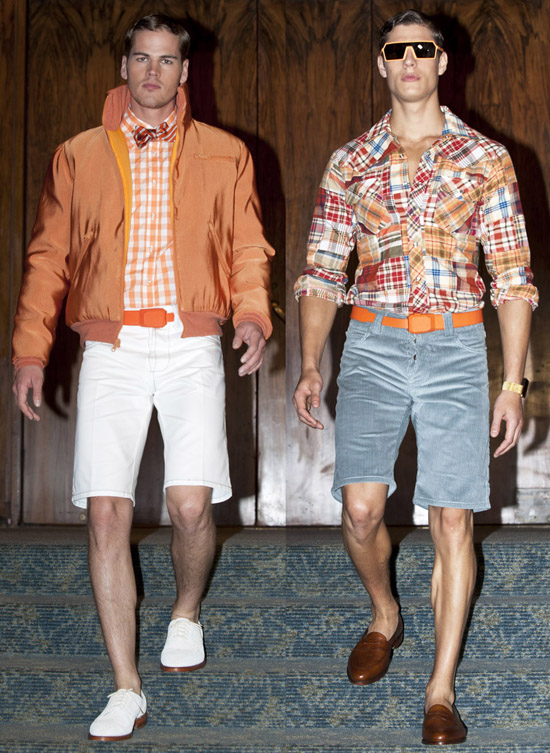 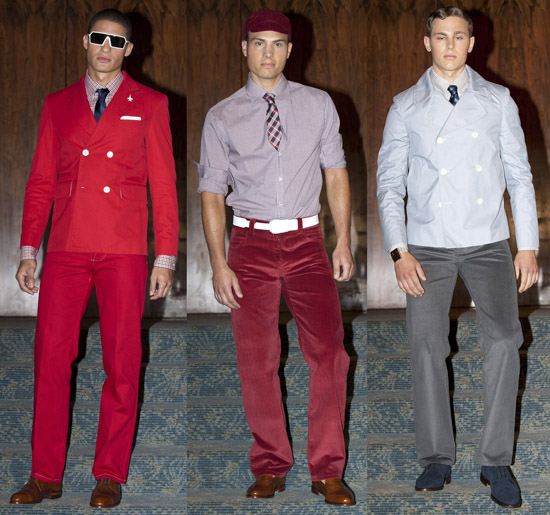 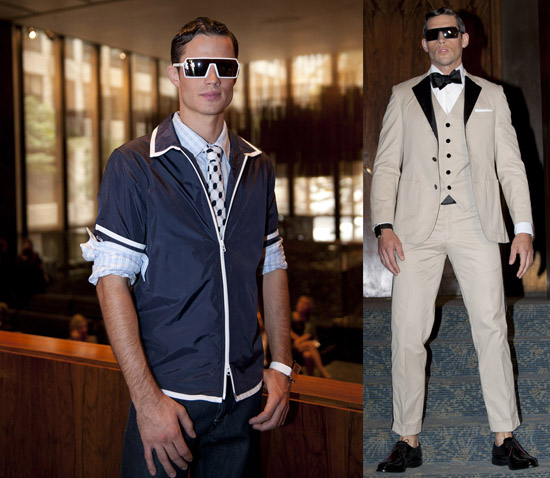