Hailing from Rancho Cucamonga California designer Mimi Plange has all of the tools to create a very strong career.

It is unfair to use the same standards when discussing a designer in her fifth season that you will use in her tenth. That said, fashion has a step learning curve and you need to mature very quickly as a designer to stay in business. Hailing from Rancho Cucamonga California designer Mimi Plange has all of the tools to create a very strong career. She understands fit, fabric, and finish very well. She creates interesting concepts and uses clever construction techniques to carry her inspiration and message into the garments.

Her Fall 2011 collection was inspired by ritual scarification that is practiced by many cultures around the world. She used ribbed fabrics, cutouts, and three dimensional fabric techniques to evoke the different styles and artistry that are found in this ancient practice. Her color palette was rich earth tones including some bronzes and deep reds that were just beautiful to look at. Where the collection faltered was in the editing. It’s plainly obvious how painful it must be to put a great idea to death when creating a collection. It’s essential however in giving a collection cohesion, buyers like to see a sense of continuity and congruence in a season. There were three or four pieces in Mimi Plange’s collection that felt as if they belonged somewhere else. Also too there were some design elements that felt as if they were unnecessary. Yes they were interesting or carried the theme but they weren’t essential to the design of the piece. Overall it was a very strong effort and Ms. Plange has a bright future ahead of her but she must learn to make the hard choices in the editing process both in design and in letting certain ideas go till a future time. 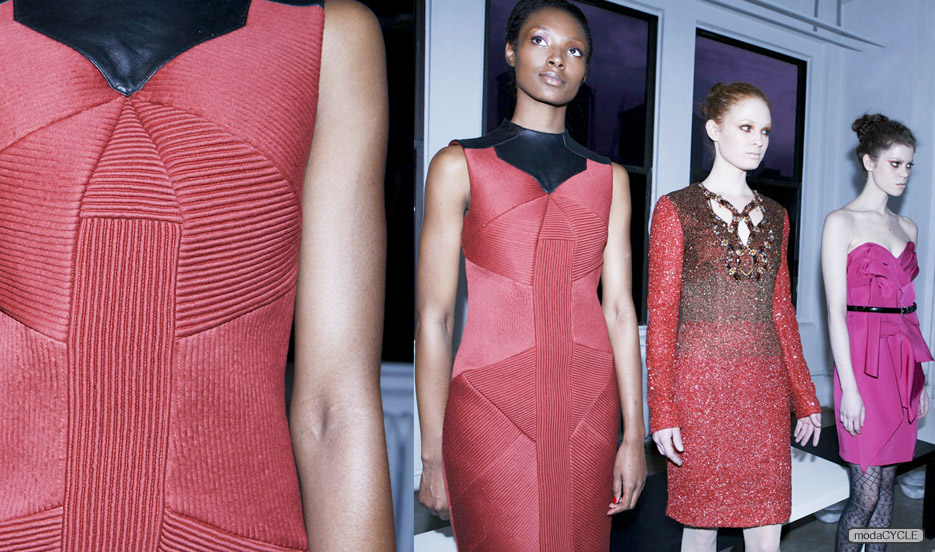 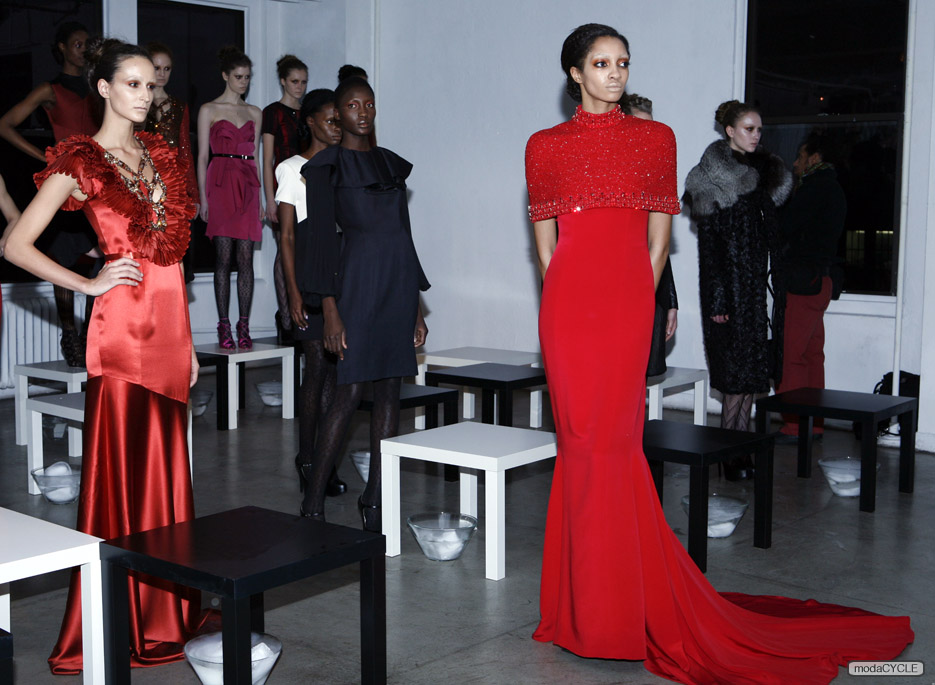 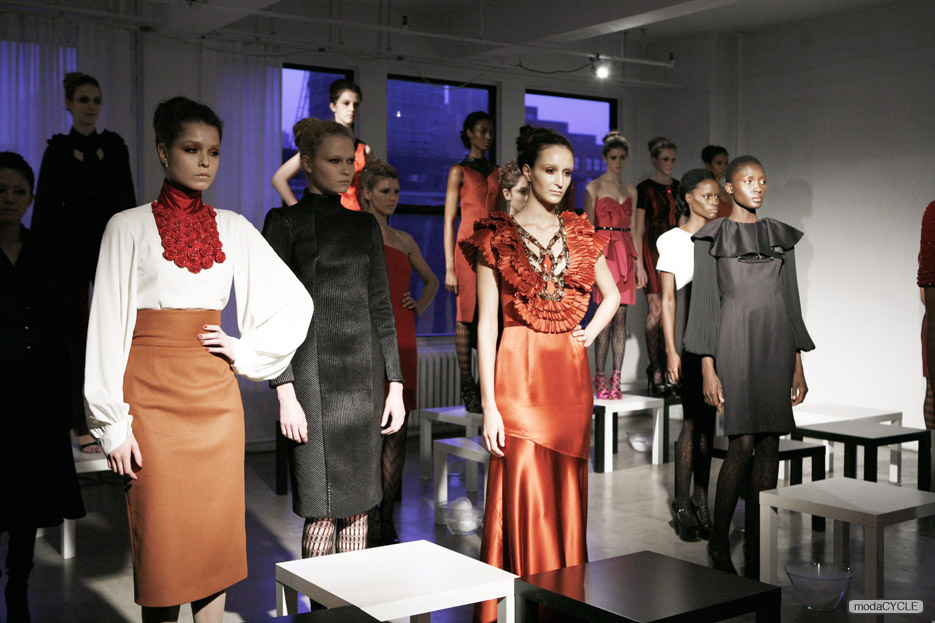 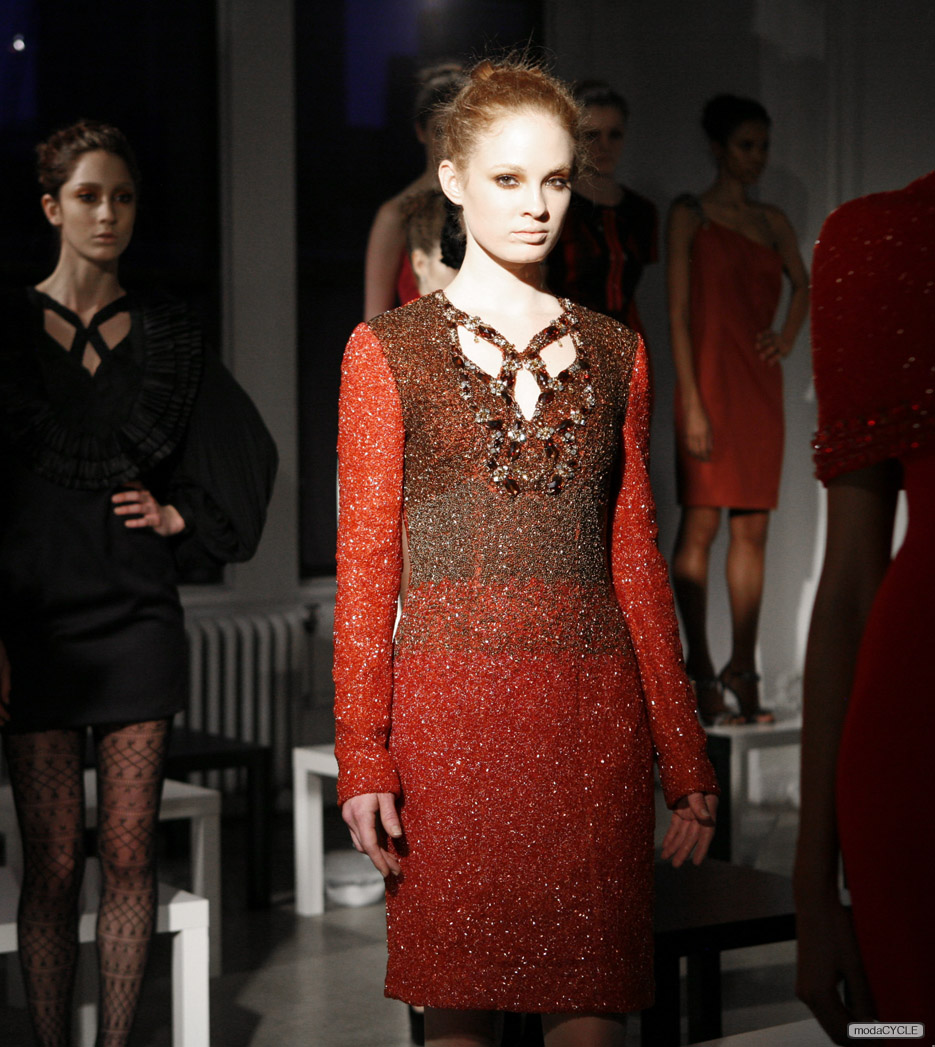 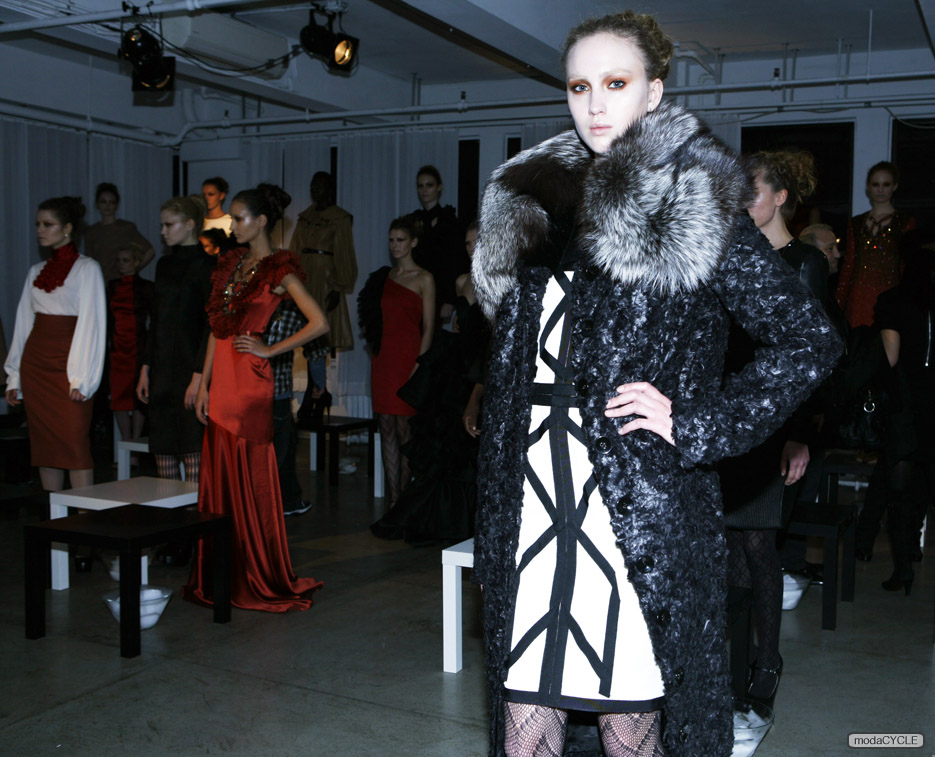 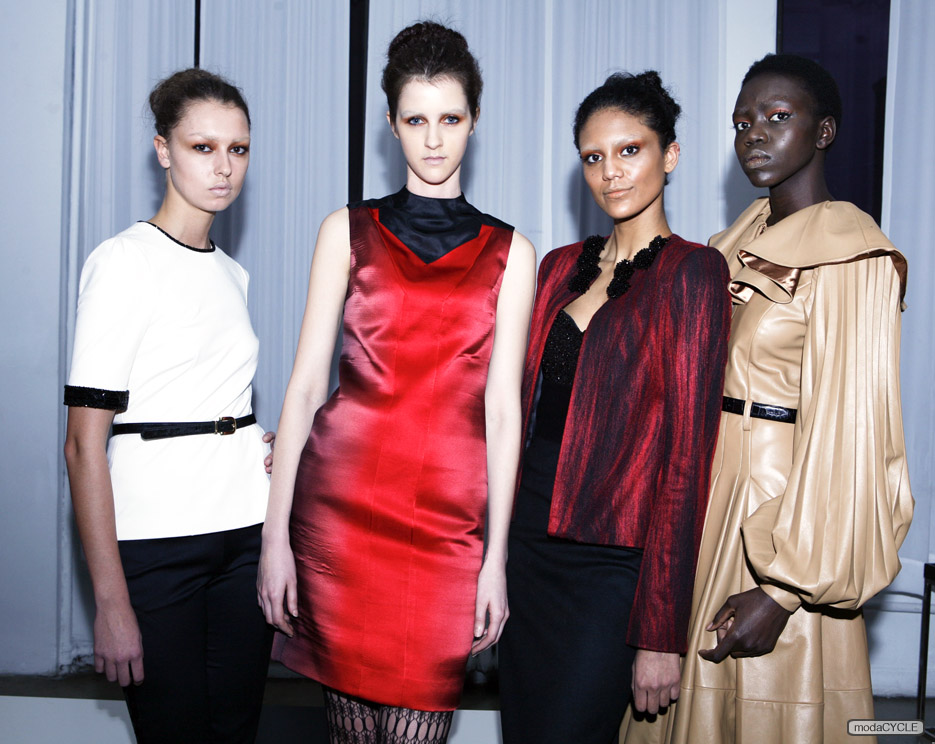 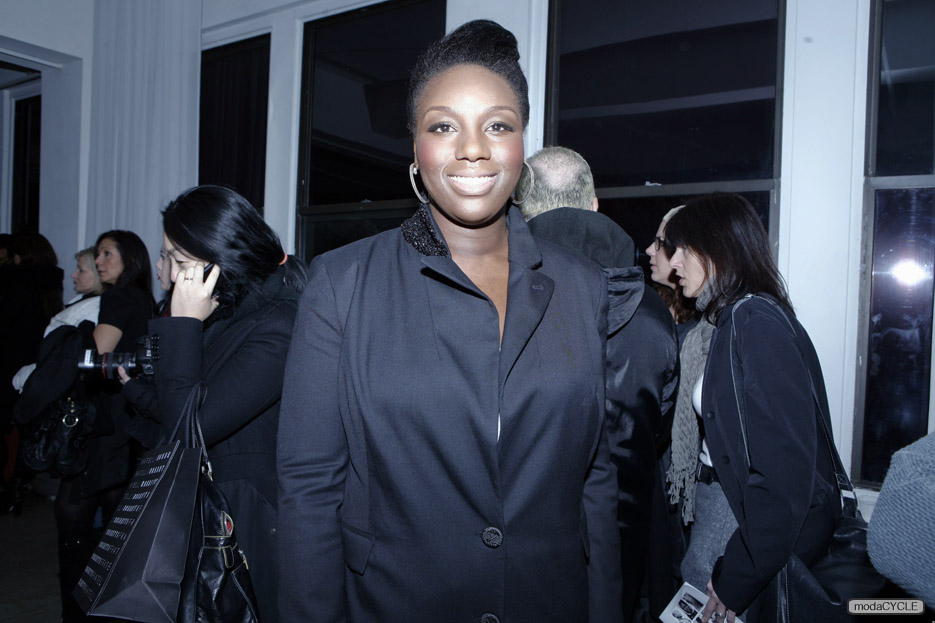