A combination of many of the concepts and constructions that have become part of the British fashion scene in the past two decades. 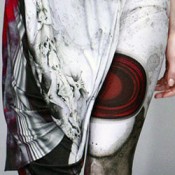 Inside of any artistic movement there comes a time where what was once “futuristic” shifts to ”modern” or the even more diluted “contemporary.” This often causes the artist to be viewed as less “visionary” or “innovative” which is insipid thinking because the artist is simply being who they’ve always been and their art is continuing to evolve organically. The fashions that have been coming out of England for the past 15 to 20 years have been amongst the most inventive and daring on Earth. Eventually though the techniques and treatments that create the styles become entrenched and the pace of innovation cools.

The cuts and structures on display in Adam Entwisle and Emma Hales’ latest Horace label collection, entitled Esprit de Corps, were of the type that began to be seen in the late 80s and early 90s and reached a more refined maturity in this the first decade of the 21st century. Peaked shoulders without sleeves, angular panels draped and hanging loosely at the bottom of an otherwise structureless coat. A bandage dress and quite a few examples of asymmetry mixed with high-waisted pencil skirts. The very strong newer British signature of splashes of multi-colored prints were engagingly present throughout the otherwise all black runway parade. I also particularly like the interplay of fitted and then slouchy sections on some of the pants.

All in all it was a combination of many of the concepts and constructions that have become part of the British fashion scene in the past two decades. The strong combination of structured moderately fitted pants and dresses under long black pieces created a good impact. It wasn’t a breakthrough of new ideas but it was a deftly handled combination of artistic elements befitting a British label who has a younger client in mind. 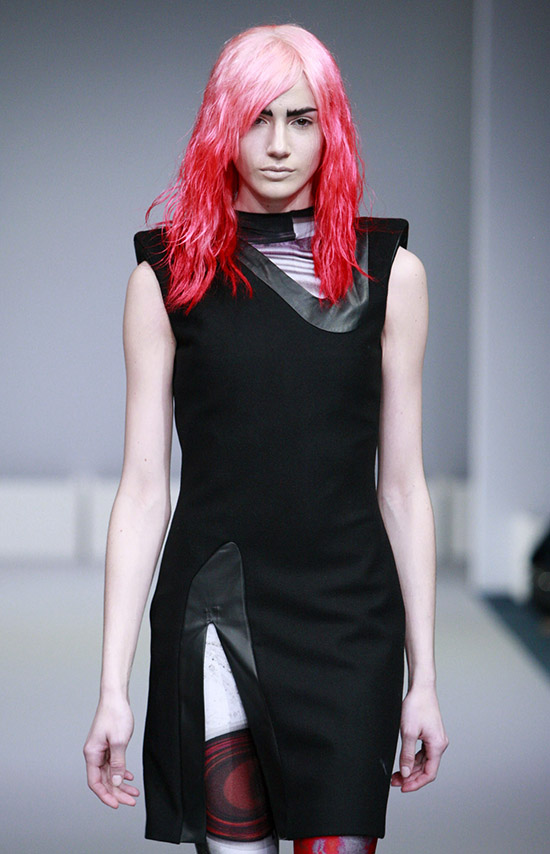 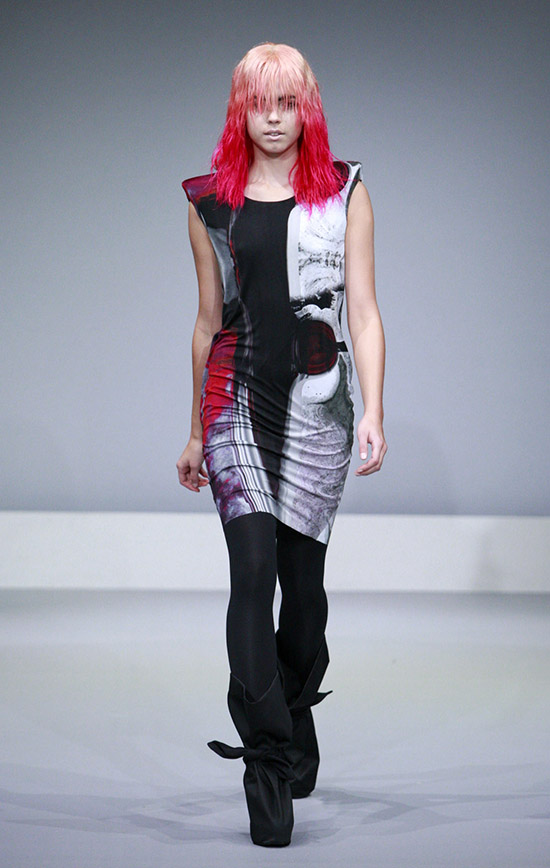 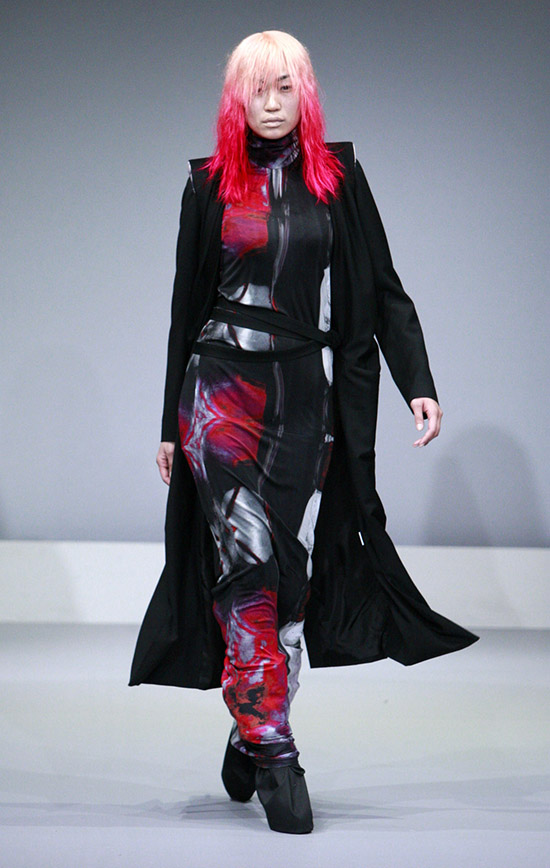 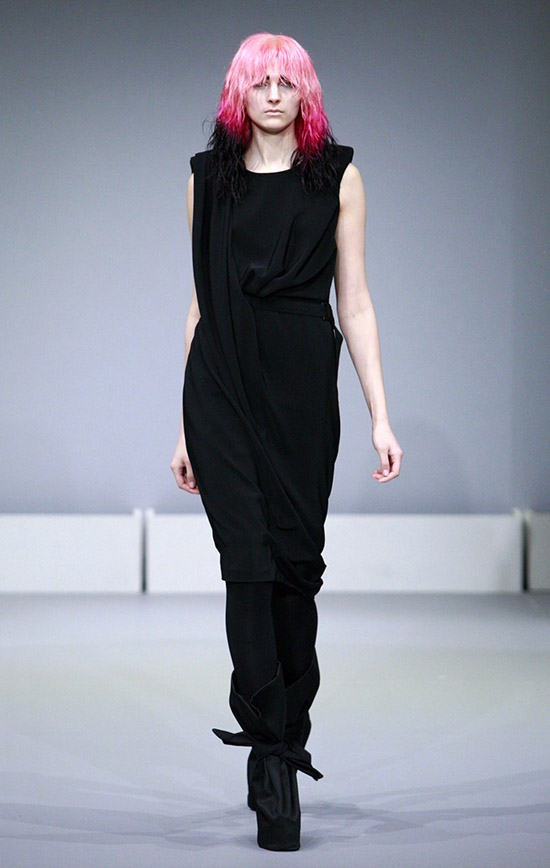 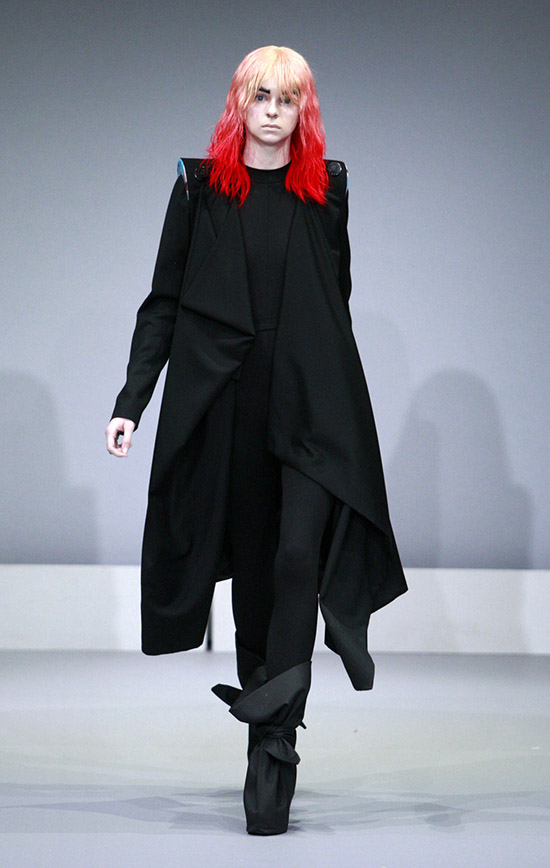 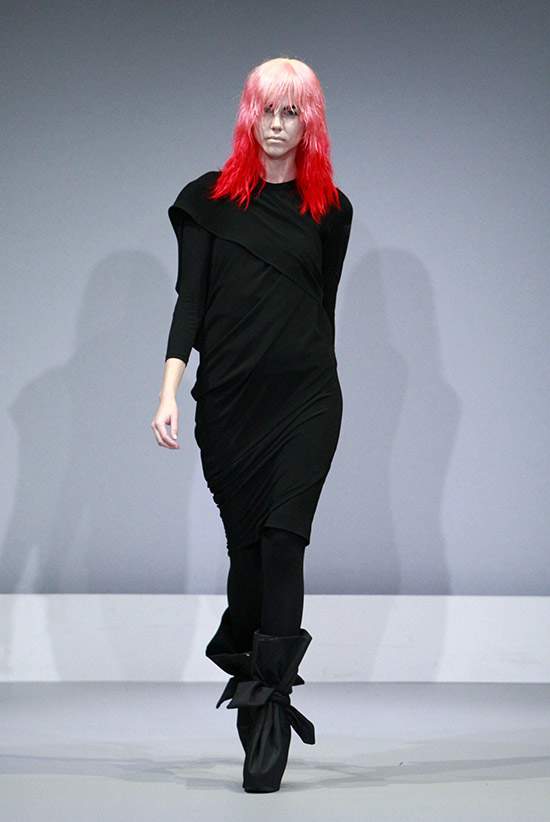 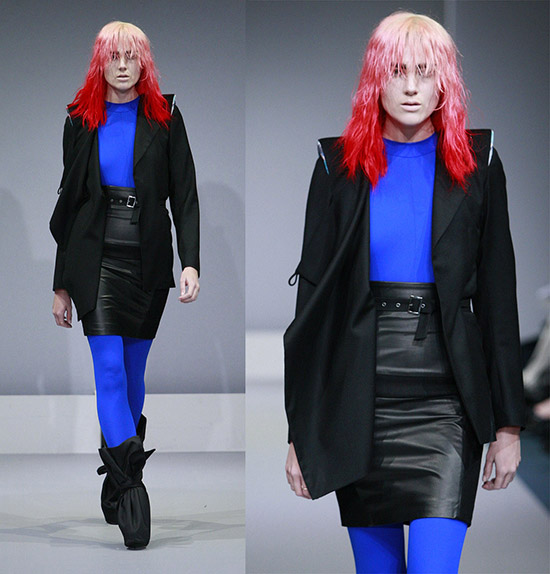 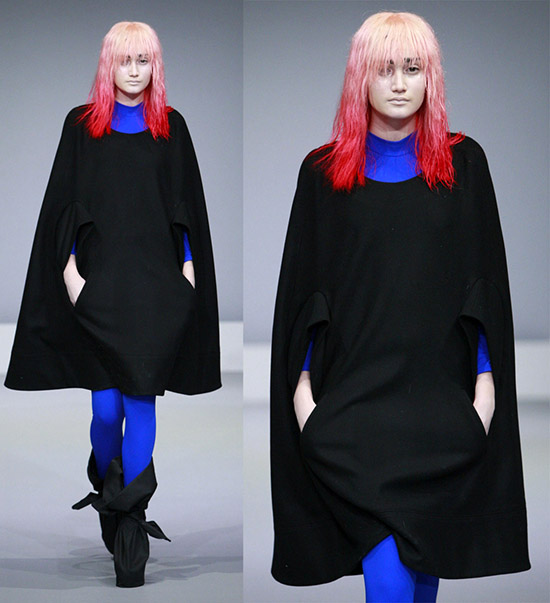 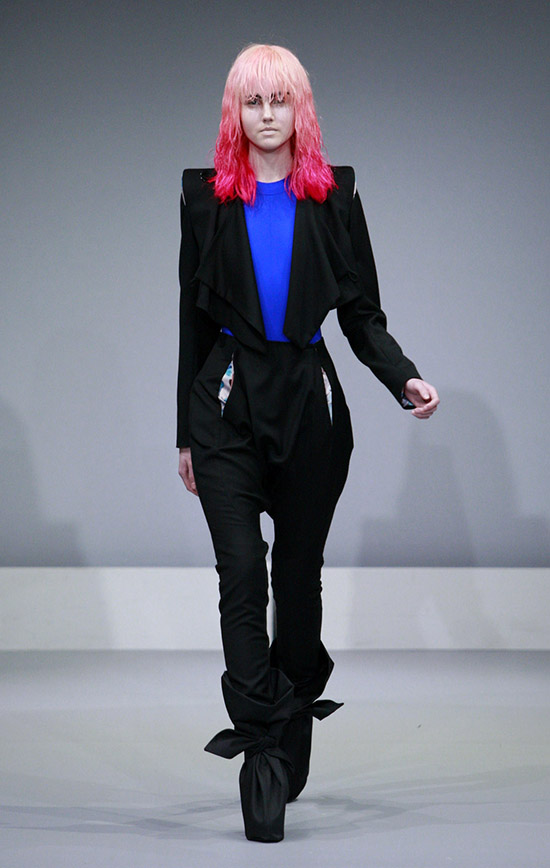 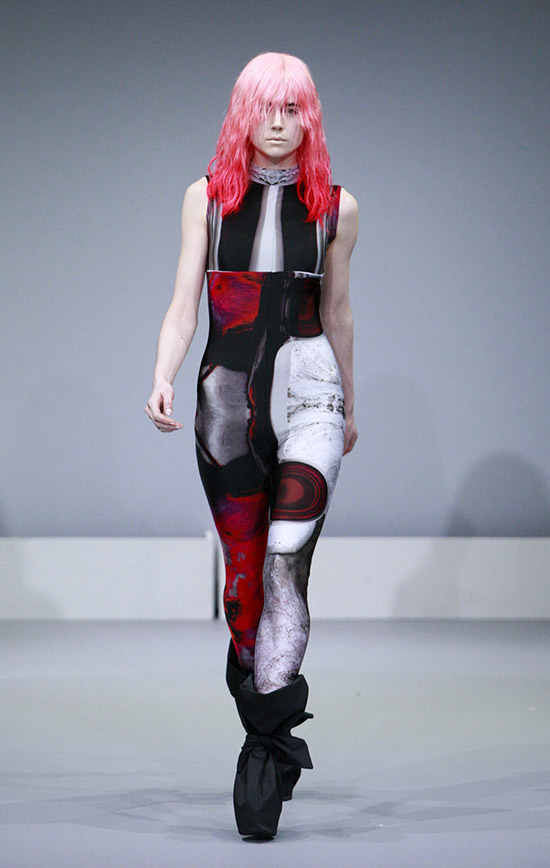 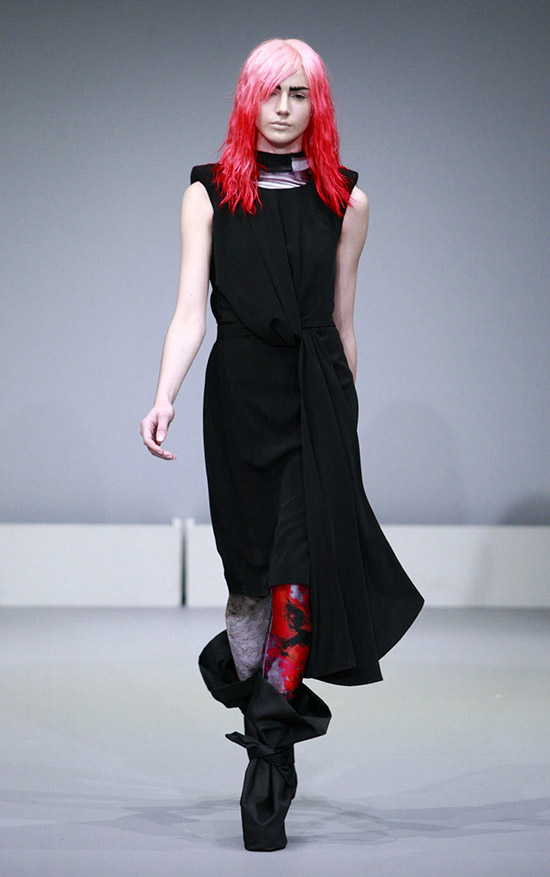 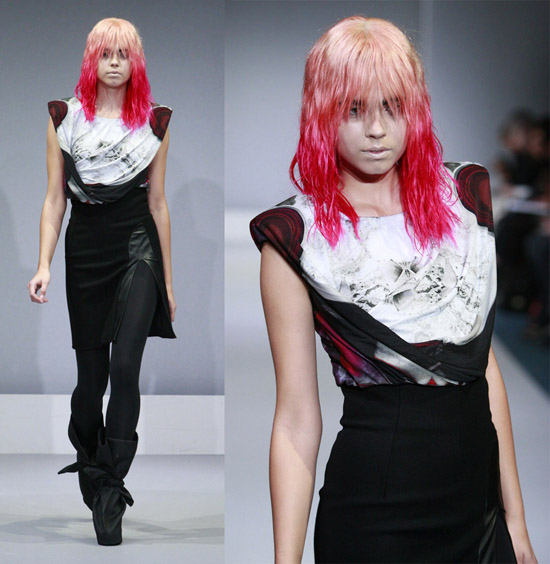 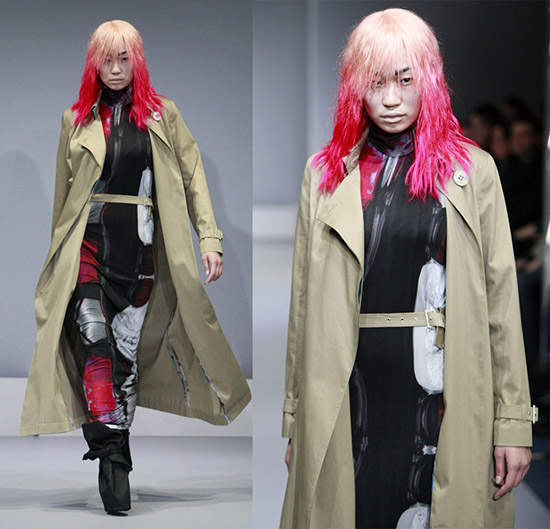 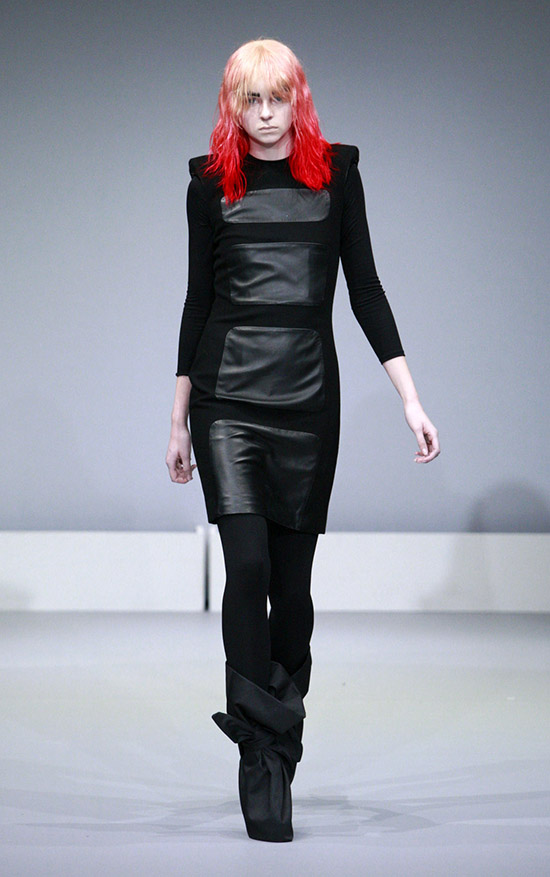 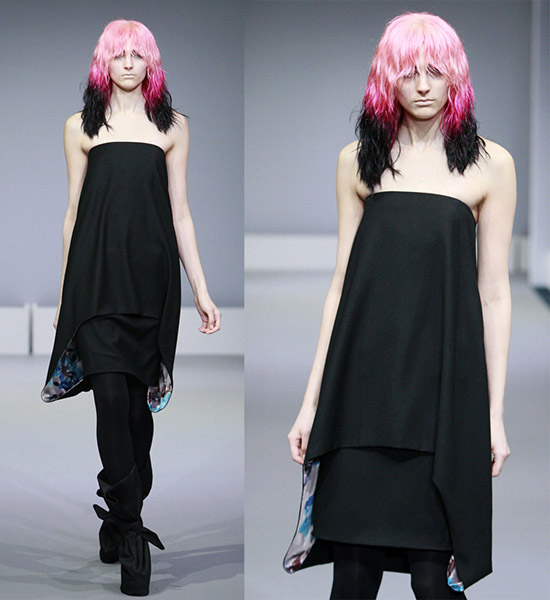 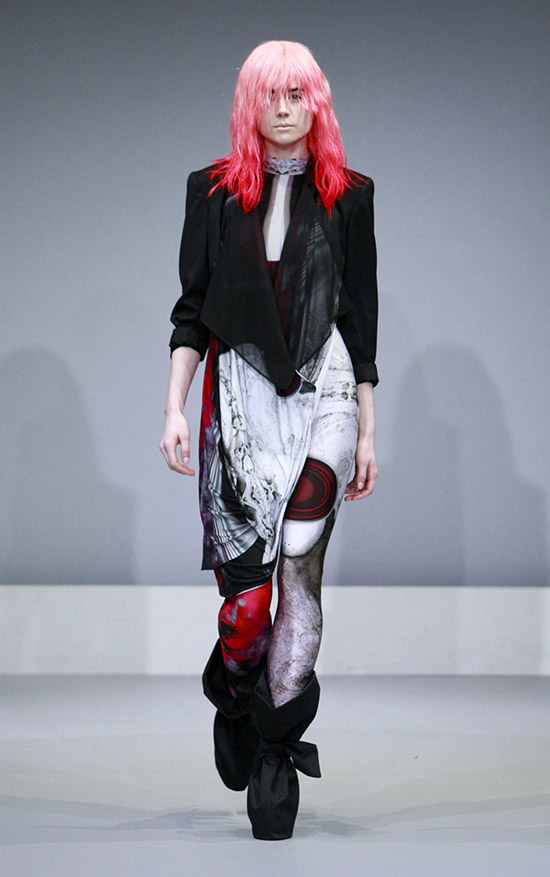